Melvin to return some capital to investors as losses grow 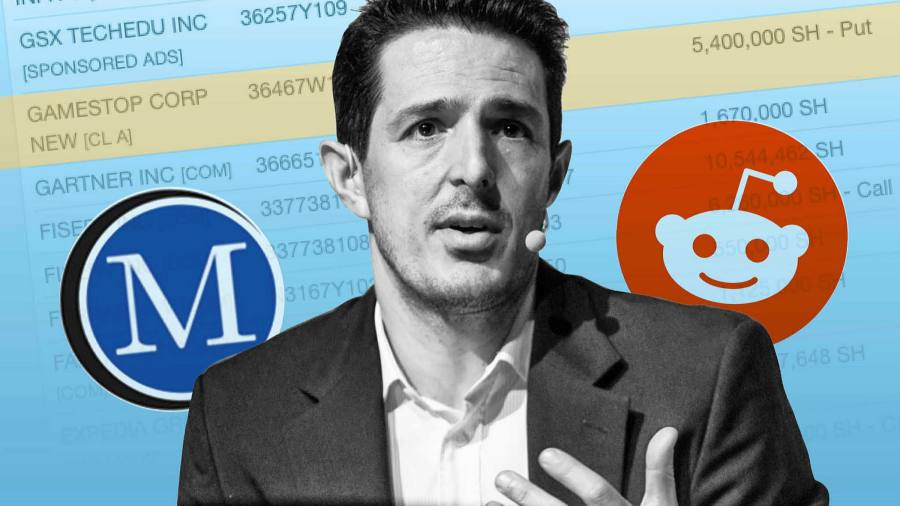 Melvin Capital, the highest-profile hedge fund casualty of the meme-stock rally last year, is to return some capital to investors as it looks to kick-start performance following a difficult start to the year.

The firm, founded by Gabe Plotkin, a former SAC Capital fund manager and protégé of billionaire trader Steve Cohen, told investors that it would aim to reduce its assets from about $8.7bn at the end of March to about $5bn, said a person familiar with its plans.

Melvin hit the headlines in January last year when it suffered huge losses on its short position in video game retailer GameStop. Its shares soared as much as 2,400 per cent amid a frenzy of buying by retail investors, a number of whom had co-ordinated their actions on Reddit and in some cases directly targeted hedge funds.

The fund, which had been managing about $13bn in assets prior to the debacle, eventually had to exit its bet against GameStop and crystallise losses and finished January down 53 per cent. During that month it took an emergency cash injection of $2.75bn from Ken Griffin’s Citadel and Steve Cohen’s Point72.

The move to reduce assets comes after the fund suffered a further 20.6 per cent loss in the first quarter of this year, during a difficult period for many equity hedge funds, particularly those trading high-growth technology stocks.

While higher levels of assets can earn managers more in the way of fees, it is also widely seen in the hedge fund industry as potentially detrimental to performance because it may take managers longer to build or exit positions, leaving them vulnerable to price moves in the meantime.

High-water marks are supposed to protect investors by preventing funds that have substantially dropped in value from charging performance fees until they make back their losses.

But, in the meantime, the funds can find themselves short of cash to pay and retain top-performing traders in subsequent years of strong performance. There is also concern that the need to get back to the high-water mark can encourage traders to take overly risky bets.

Melvin also plans to make it easier for investors to exit the fund, the person said. Melvin declined to comment.

Melvin finished last year down 39 per cent, according to people familiar with its performance, after making back some ground from February onwards. The restructuring was first reported by CNBC.