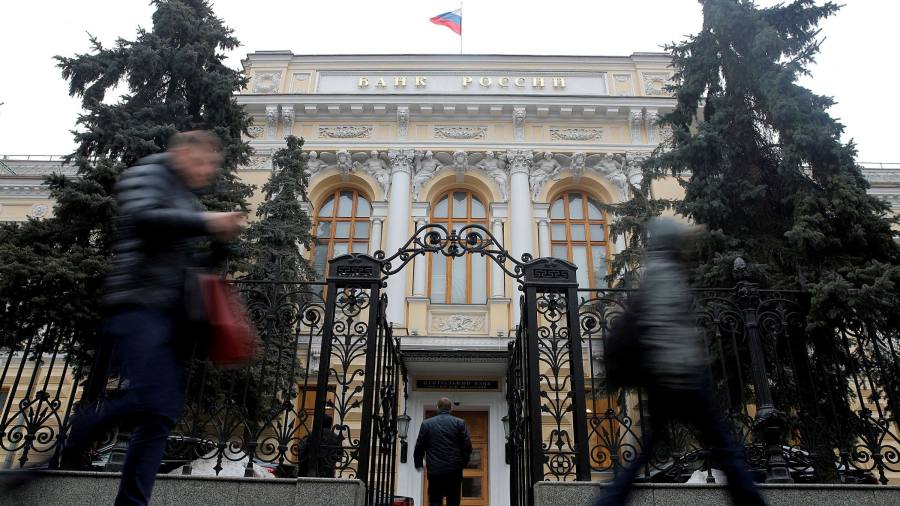 Russia’s central bank cut interest rates on Friday in a bid to cushion the economy from the impact of western sanctions, saying the recent rebound in the rouble had eased inflationary pressures.

The Bank of Russia said it would lower its key interest rate to 17 per cent from its previous high of 20 per cent. It had more than doubled borrowing costs in late February in an effort to prop up the currency after the US and western allies responded to President Vladimir Putin’s invasion of Ukraine with harsh financial measures including the freezing of a large chunk of its foreign reserves.

With Friday’s unscheduled move, the central bank is shifting its focus to kick-starting Russia’s struggling economy now that efforts to stabilise the financial system appear to be bearing fruit, analysts said.

It also said it had seen a slowdown in the rates at which prices were rising, “owing to the rouble’s exchange rate dynamics.”

The rouble has rebounded from a steep decline immediately after the February 24 invasion as a result of stringent controls which curbed Russians’ ability to buy foreign currency and blocked foreigners from exiting their investments in Russia. The rouble traded at roughly 79 to the dollar on Friday, close to pre-invasion levels.

The effectiveness of those measures means the central bank is less reliant on higher interest rates to support the currency, and can focus on supporting the economy through what is likely to be a bruising downturn, according to Sofya Donets, Russia economist at Renaissance Capital.

“The recent appreciation of the rouble is an indication that capital controls are working. This is no longer an open economy but a closed financial system so interest rate policy will work differently,” she said.

“There is a supply shock, a structural shock, to the economy so you will need to see supply chains being rebuilt. That relies on the availability of credit.”

Economists at the Institute of International Finance have estimated that Russian gross domestic product will shrink by 15 per cent this year, wiping out a decade and a half of growth.

“If the situation continues to develop in a similar way, the key rate could be lowered to 10 per cent by the end of the year,” said Igor Rapokhin, senior debt market strategist at SberCIB Investment Research.

“It cannot be ruled out that the key rate will be lowered to 15 per cent at the next meeting on April 29,” he added.