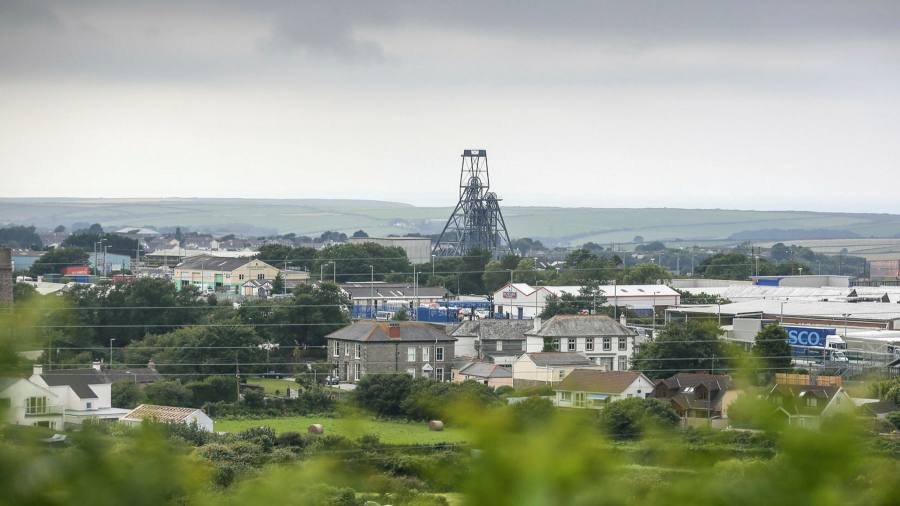 A mining company aiming to revive tin production in Cornwall has raised £40.5mn from a group of investors including Sir Mick Davis, the former head of mining group Xstrata.

Cornish Metals will use the cash to dewater the South Crofty mine near Redruth and complete the studies needed to take a final construction decision in about 18 months.

The company, which is listed in Canada and on London’s Aim market, reckons there is about 65,000 tonnes of tin in the area worth $2.7bn at current prices.

The dark grey metal, usually associated with cans, has become a key material for the global electronics industry. It is used to make solder, the fusible alloy that binds together circuit boards and wiring, making it one of the metals that stands to benefit from the growth of renewable energy and electric vehicles.

“When you dig into the energy transition . . . you realise that tin is everything,” Richard Williams, Cornish Metals chief executive, told the Financial Times. “It is essential.”

Evidence of mining in the South Crofty area dates back as early as 2,300BC but large-scale production did not start until the middle of the 17th century. At one point, it was the second-largest tin mine in the world, analysts say, until a period of low prices led to its closure in 1998.

Vision Blue Resources, the battery metals investment vehicle launched by Davis last year, is investing £25mn as part of the deal announced on Monday, giving the fund a 25 per cent stake in Cornish Metals and a seat on its board.

“The mine is expected to be one of the largest tin producers globally and to supply the needs of the UK market in entirety, thereby helping it to reach its de-carbonisation targets,” said Davis in a statement.

“Having previously operated until 1998, there is significant mine infrastructure still in place, most notably several mine shafts that can be used for future production and ventilation purposes.”

The rest of the money being raised by the company is coming from a UK institution and investors. All the parties involved in the fundraising will get warrants that give them the right to buy shares at Friday’s closing price of 27p over the next three years. If all of the warrants are exercised, Cornish Metals will receive a further £60mn.

The mine could produce up to 5,000 tonnes of tin a year and is fully permitted.

Initial difficulties raising the £16mn needed to dewater the old mine workings led Cornish Metals to switch focus to a nearby copper project called United Downs.

That was before a huge tin rally as supply disruptions during the pandemic, rising demand for electronics and manufacturing-driven buying frenzy drained physical stocks of the commodity.

“It is a project that has got a long history of being an operating mine so a lot of the risks you might associate with a greenfield project is not there,” said Williams of South Crofty. “We understand the geology.”

Cornish Metals is targeting first production in 2026 and according to Williams the mine will create up to 270 direct jobs and support a further 750 in the region, one of the most economically deprived in the UK.

Cornish Metals was advised by Hannam and Partners.