The case for joint European energy procurement is irresistible 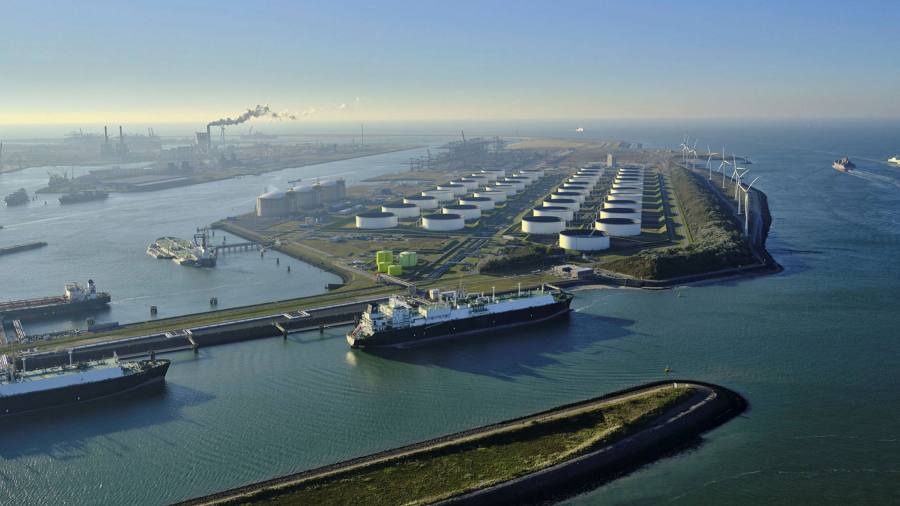 In an echo of the 1970s, the world is in the throes of a geopolitically induced energy price shock. That decade is rightly remembered as a painful time for western economies. But high oil prices also yielded unexpected benefits. The end of cheap energy and the obvious need for long-term energy security spurred a successful drive for energy efficiency.

After Vladimir Putin’s assault on Ukraine, the EU’s need to remove the national security risk of relying on Russian energy is a new opportunity to make a virtue out of necessity.

EU leaders have already asked the European Commission to set out plans to wean the bloc off Russian energy dependence. Germany says it will largely end its reliance on Russia for oil and coal this year, and natural gas by 2024.

Europe can also turn energy policy into an active tool of external influence. The EU is — not before time — probing its ability to constitute a buyers’ cartel. Some member states have resisted calls for joint EU procurement of natural gas. Putin’s aggression has lifted their doubts: on Friday the European Council vowed to work on a common purchase platform.

This is a momentous move. Consider the global effects should EU countries collectively procure and manage the gas needed to fully replenish the bloc’s gas storage every year. That would mean annually buying up to 100bn cubic metres of gas, about one-tenth of the world’s annual trade. If it was all bought as liquefied natural gas it would be one-fifth of the LNG market. If largely concentrated in the summer, the temporary market share would be higher still. Alternatively, if a joint purchase agency bought at the same rate in winter as what it needed to replenish storage in summer, the market share could stay higher throughout the year.

This would not quite reach Opec levels — the oil-producers’ cartels account for more than half of global crude oil exports. But a European buyers’ cartel in natural gas could still wield significant market power.

The most obvious benefit is mercantile. The muscle of collective procurement would surely over time afford Europe lower prices than otherwise. It would also change the incentives guiding energy choices well beyond Europe’s shores. In the short run, joint EU purchasing in a squeezed LNG market would raise prices for others, especially Asian economies. In combination with European carbon border tariffs, that would boost demand for zero-carbon energy.

In the long run, joint procurement would make it easier for EU countries to pre-announce plans for scaling down gas use — which, through its global market influence, would cast doubt on the wisdom of investing in long-term gas development elsewhere. The overall effect would be a boost to incentives for global renewable energy investments today.

Then there is the geopolitical gain. If strategic autonomy means anything, it is surely that the pursuit of European values and interests should not be constrained by the stranglehold kept by Russia or other powers on the energy supplies of EU countries. Moscow has cut off gas supplies for geostrategic reasons before. And Gazprom’s unwillingness to fill its German reservoirs before last winter worsened the EU’s strategic position when Putin launched his war.

This is not a new point. There was interest in an EU energy union, including common purchases from Russia, in the last decade. German complicity with Russian energy interests stood in the way. But so did the tragedy of the post-2015 Polish government’s anti-European turn. It failed to collaborate Europe-wide on such an agenda because of domestic differences with Donald Tusk, the former Polish prime minister, who in his subsequent job as president of the European Council could have rallied a coalition of countries behind this vital Polish interest.

But better late than never. The conditions are propitious for Europe to make up for lost time. Germany has been shocked out of complacency. The EU has some experience with common procurement of a collective good: its purchases of Covid-19 vaccines during the pandemic were more successful than they get credit for, and innovative vaccines are a much more complicated market to enter than natural gas.

The EU is not ready overnight to become a gas-buying cartel at scale. It will have to build up expertise and boost its regasification and domestic piping capacity. But this is happening. And setting up a common purchase platform will accelerate the process.

The 1970s shocks came from the young Opec flexing its muscles. The 2020s shocks should give birth to a European anti-Opec.