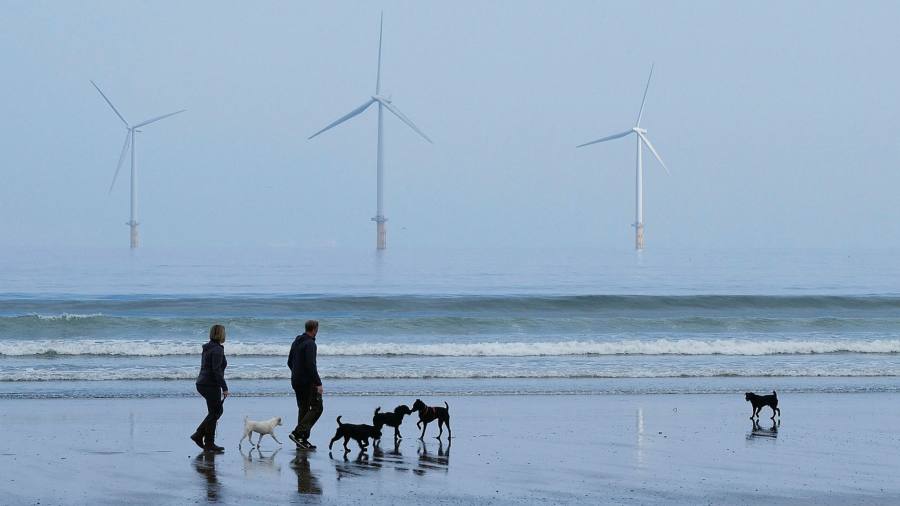 This article is an on-site version of The Lex Newsletter. Sign up here to get the complete newsletter sent straight to your inbox every Wednesday and Friday

British householders basked in Easter holiday warmth at the weekend. A few have even returned to work sporting tans gained in their back gardens.

The political climate is chillier. Autumn will bring colder weather, big price rises for domestic heating and voter discontent. In October, the UK’s latest rolling energy price cap, which lags behind faster-moving wholesale prices, will judder upwards. Nothing drains the colour from an MP’s cheeks more than the thought of how the public will react.

Across Europe, energy policymakers are executing an ungainly pivot. Their priorities now segment in three ways, in order of importance. First, keeping consumer prices down in the short term. Second, improving energy security in the medium term. Third, reducing carbon emissions in the long term.

This week, legislators asked UK energy bosses to explain how they would “support customers during the current energy crisis”. Scottish Power boss Keith Anderson batted the problem back to the government. He said: “The size and scale of this is well beyond what I can deal with, what the industry can deal with. We need a huge shift in government policy.” If you think that sounds like a plea for consumer subsidies, you would be right.

The natural gas price has been volatile, almost tripling between July and October last year. It has fallen back 43 per cent since Russia invaded Ukraine, partly due to the approach of spring. The UK imports very little gas from Russia compared with the EU. However, UK energy groups will still ultimately have to pay market prices destabilised by the Ukraine war.

Assuming a normal winter ahead, that means higher heating bills as the energy cap catches up with wholesale pricing. Britain leans on gas supply to heat three-quarters of homes. That is well above the EU average of 39 per cent.

Despite rising renewable generation, natural gas costs still have a sizeable impact on electric power prices. Across Europe, a fifth of power generation derives from natural gas, according to Rystad Energy data. Among sources of energy for all purposes, gas accounts for a quarter of EU supply and more than a third in the UK, according to data from BP.

In the past year, coal has almost caught up with gas in its contribution to power generation in Europe. So much for attempts by governments to phase out this dirty energy source as a relatively easy way of meeting climate change targets.

Coal remains in plentiful supply despite a move by the EU to block Russian imports earlier this month. The two biggest coal consumers in Europe, Germany and Poland, depend on Russian sources for less than a tenth of their demand, according to S&P Global. Even so, the value of top-quality thermal coal has tripled over the past year.

Building up non-hydrocarbon energy sources, such as nuclear power, will take time. Rolls-Royce’s small modular reactors are years away from operational use. Nuclear accounted for only 6 per cent of total energy supply over 2019 and 2020.

Fracking? Only for optimists. The English government has explored this option before. The nation’s high population density makes fracking hard to pursue.

At least the UK has its own dwindling reserves of hydrocarbons offshore. UK gas covers about half of domestic demand. The UK also has friendly suppliers in Norway and the US.

Germany and some eastern European states, such as Poland and Hungary, are in a tighter spot. For a successful exporter such as Germany, not only is the choice between green or brown energy. It is also between heating its homes or slashing thousands of jobs if industry lacks sufficient energy supply.

The dilemma for all governments is whether to spend many more billions on new infrastructure to harvest and transport hydrocarbons. This could become a new set of stranded assets in the decades ahead.

The war in Ukraine has made Europe’s energy policies even more conflicted. Misallocations of capital can only worsen.

Let’s hope your week is a sunny one,

If you would like to receive regular updates whenever we publish Lex, do add us to your FT Digest, and you will get an instant email alert every time we publish. You can also see every Lex column via the webpage

FT Asset Management — The inside story on the movers and shakers behind a multitrillion-dollar industry. Sign up here