Top takeaways from our conversation with US environment chief 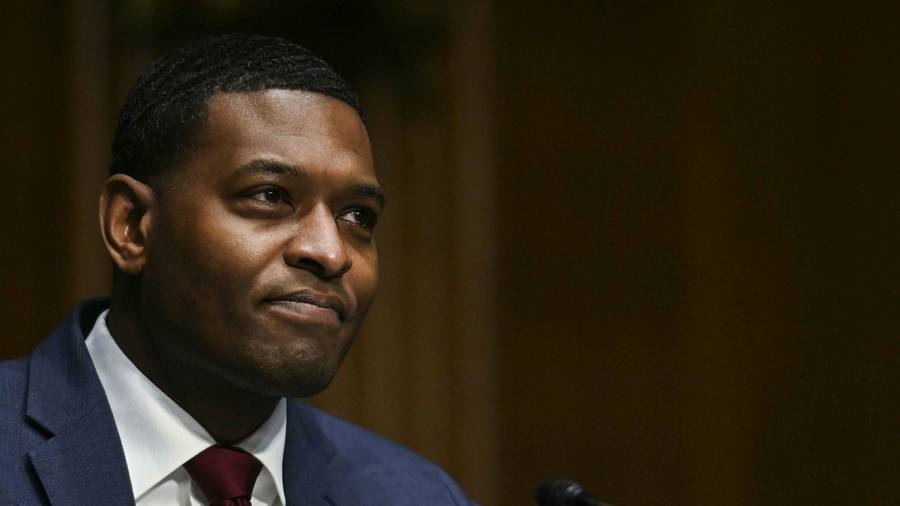 Welcome back to another Energy Source!

In today’s issue, Myles sits down (virtually) with the head of the US Environmental Protection Agency, Michael Regan, who discussed Joe Biden’s sudden push for more oil, the disappointingly slow pace of the shift to cleaner fuels and his view on a big Supreme Court case that threatens to defang his department. I look at the implications of last week’s US-EU LNG deal for the US’s gas industry in our second note. Is it poised for a new golden age of growth? And Amanda has data showing that soaring fuel prices might be getting some people back on to public transportation.

Lastly, our Energy Source Live conference in Houston (and online) is coming up on April 7. That’s next week! If you haven’t already, sign up and come join us.

Michael Regan, the head of the US Environmental Protection Agency, has a lot on his plate at the moment.

With the Biden climate agenda stalled in Congress, the agency’s role in combating emissions through regulation has increased significance. Meanwhile, soaring energy prices have knocked environmental issues down the agenda, and a case before the US Supreme Court risks defanging the agency altogether.

Ahead of a trip to Europe, where he will co-chair the first meeting of OECD environment ministers in six years, Regan sat down virtually with me and Leslie Hook, the FT’s environment correspondent, for a wide-ranging interview. Below are some takeaways from our conversation.

On the White House push for more oil:

As Leslie and I wrote in this piece this morning, Regan argued that the White House’s call for US oil producers to increase production was “compatible” with the administration’s climate goals.

Key administration officials have made it plain to America’s oil executives in recent weeks that they want them to open the taps to combat soaring prices at the pump — prompting criticism from environmentalists. But Regan said producing more oil now does not mean slowing down the transition.

“I don’t think the goals are mutually exclusive,” he told us. “There is no doubt that we are all feeling the pinch with energy prices. And so we have to deal with the challenges of today while keeping our eye on the ball for where we need to be in the future.”

He said the administration — and his agency in particular — was focused on providing “certainty” to clean energy investors. In the long run, greater domestic renewable generation would leave America’s motorists less exposed to price shocks.

“This unfortunate war in Ukraine is demonstrating that we are still, to a certain extent, held captive to fossil fuels — and hopefully in the foreseeable future, we won’t be as vulnerable.”

On the pace of climate progress:

Despite Biden campaigning on a “transition” away from fossil fuels, tangible legislative progress on climate has been minimal. Regan acknowledged things had not moved as fast as he would like.

But whatever the Congressional hold-ups, he said his agency would push ahead with using its authority to help clean up America’s emissions profile.

“We’ve been clear eyed from day one that EPA has certain tools in its toolbox to be deployed to help protect public health and drive down carbon emissions.”

The agency has over the past year pushed through new regulations on potent greenhouse gases used in refrigerators and air conditioning. It has also introduced tougher standards on vehicle emissions. But proposed rules on methane emissions from the oil and gas industry have come under fire for being too lenient on industry.

On the latest from the Supreme Court:

The legal action, taken by a handful of Republican states and coal companies, is looking to restrict the agency’s ability to create and implement sweeping rules to limit power sector emissions under authority from the 1970 Clean Air Act. Legal experts believe that given the conservative leaning of the current court, there is a strong chance justices will opt to limit the agency’s power.

But Regan insisted that whatever the outcome, the agency had a host of tools it could deploy.

“We’re obviously watching this case very closely,” he said. “And we will work within the authorities under the Clean Air Act however the Supreme Court determines.”

“Nevertheless, we are not overly reliant on any one tool in the toolbox. We have a number of regulatory authorities and actions that we are required to take that impact the power sector,” he said. “We will look at the full suite of all of our regulatory actions to help determine how the power sector will transition.”

Is US gas entering a new golden age of growth?

Last week’s US-EU deal to boost American natural gas supplies into the European continent is a potential lifeline for a US fossil fuel industry facing existential questions about its future in a decarbonising world.

But it’s no guarantee.

For now, the scramble to get more gas into Europe won’t see any additional US supplies hit global markets, as we covered here. American export facilities are maxed out and this year’s efforts to get more gas to European shores will mostly rely on a reshuffling of liquefied natural gas cargoes away from Asia to Europe.

More important for the US gas industry’s future is whether Europe’s efforts to wean itself off Russian gas will enable a big expansion of domestic gas pipelines and export facilities. That’s where things get trickier.

The gas industry says it’s up to the task; it’s been pushing US gas exports on energy security and climate grounds for years.

Toby Rice, chief executive of EQT, the US’s largest natural gas producer, came to CERAWeek here in Houston a couple weeks ago armed with a $300bn-plus plan to quadruple US LNG exports.

“What we need from leadership and from DC is just the ability to build pipelines and LNG facilities faster than ever before . . . we don’t need any dollars from them. We don’t need any policy change. We just need them to voice their support. I believe that will help ease some of the opposition we see on the ground level,” Rice told me.

The first area to watch will be American’s regulatory environment, which has in recent years tilted hard against the construction of new natural gas pipelines and LNG export facilities.

But Russia’s invasion of Ukraine has already influenced decision-making — in the opposite direction. Last week, the US Federal Energy Regulatory Commission backtracked on recently proposed climate rules that would have made it even more difficult to build gas pipelines.

Not everyone is convinced the move signals a more fundamental shift.

John Miller, an analyst at the investment group Cowen, argues that “greater incorporation of climate, landowner, and environmental justice considerations” will “further complicate and slow” natural gas expansion in the US.

The other important area to watch will be Wall Street. That too will be tricky. Around a dozen LNG export facilities have already secured the permits they need, but they haven’t progressed due to a failure to land financial backing. That is largely because they have not secured enough long-term contracts to guarantee the financial viability of their projects.

On its face, this deal with Europe does not offer the sort of clarity on long-term demand that would seem to be needed to win over investors, many of who are under pressure to decarbonise their own portfolios.

The EU is only guaranteeing demand until at least 2030 in this deal, well short of the 20 years financiers typically want to back a new LNG plant.

Will Wall Street, or European gas buyers, be willing to bet on the robustness of EU natural gas demand deep into the 2040s, when the bloc says it wants to be well down the path of decarbonisation? As one senior Biden administration official put it: “The first part is getting Europe off Russian gas. The second part is getting Europe off gas altogether.” (Justin Jacobs)

Soaring US petrol prices are fuelling the return to public transit after the pandemic gutted ridership.

In New York, subway ridership is up 6 per cent from a month ago. In Boston, that figure is up 4 per cent. Across the country, San Diego’s transit authority raised annual forecasts after ridership jumped 8 per cent month-on-month. The city’s residents are paying some of the highest petrol prices in the country, averaging $6.02 a gallon, according to the American Automobile Association.

“This sustained growth coupled with recent ridership spikes prove that people are motivated to save money, and still know that transit is a safe and affordable way to get around,” said Sharon Cooney, chief executive of San Diego’s transit system.

Still, many transit authorities say it’s too early to know the full effect of gasoline prices on public transport. Ridership continues to languish below pre-pandemic levels, even as a return to offices and falling Covid cases have increased rides in recent months.

Historically, a jump in gasoline prices has pushed more people on to public transport. A University of Texas study examining mobility patterns from 2002 to 2009 found that for every 10 per increase in petrol prices, rail saw an increase of 8 per cent in ridership, while bus use increased 4 per cent on average.