UK regulator to reclaim powers to strike off accounting firms 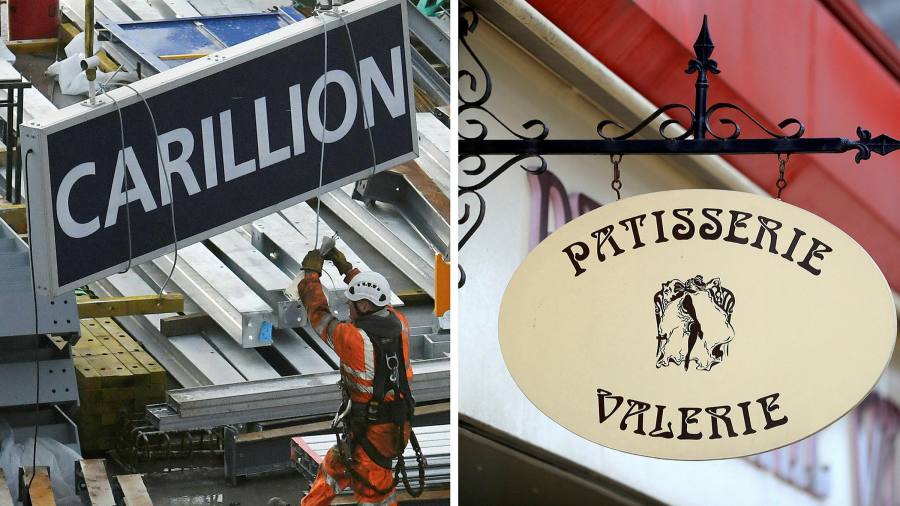 The UK accounting regulator is preparing to reclaim control over the registration of auditors of large companies, raising the prospect that firms carrying out poor quality work could have their licences restricted or removed by the watchdog.

The move is aimed at bolstering the Financial Reporting Council’s power to regulate the audit sector, which has been heavily criticised for failing to sound the alarm before the collapse of London-listed companies, such as outsourcer Carillion in 2018 and café chain Patisserie Valerie in 2019.

Under the plans, the FRC could impose a range of sanctions against individual auditors or accounting firms that fall short of standards, people familiar with the matter told the Financial Times.

The watchdog would have powers to require underperforming auditors of “public interest entities” (PIEs), large listed groups or financial institutions, to address specific problems or attach conditions to their registrations.

These conditions could include restricting auditors from tendering for work or a temporary ban on signing off the accounts of companies in a particular sector.

In the most serious cases the registration of a practitioner or firm could be temporarily suspended or removed entirely, a power described as the “nuclear option” in a government-commissioned review of the FRC in 2018, which recommended the watchdog reclaim responsibility for the registration of PIE auditors.

The FRC is pressing ahead with the plans, which were backed by the government last year, while the industry awaits ministers’ response to a White Paper consultation on wider reforms to the audit and corporate governance of large companies. Those reforms include a proposal to replace the FRC with the Audit, Reporting and Governance Authority, a new regulator with more powers.

The regulator is expected to announce its plan to reclaim control of PIE auditor registrations in a consultation potentially as soon as this week. The new system could be in place by the middle of this year, affecting about 30 accounting firms that sign off the books of roughly 2,000 PIEs.

Under existing rules, the FRC delegates registration of PIE auditors to four professional bodies, including the Institute of Chartered Accountants in England and Wales, which serve a dual role of regulating and representing the industry.

According to the review of the regulator in 2018 by former senior treasury official Sir John Kingman, under the current system, the FRC is “almost powerless” to take regulatory action against audit firms with “systemic quality issues” because it can impose sanctions on firms or individuals only in relation to failures on a specific audit.

The FRC last year criticised KPMG, auditor to 28 FTSE 100 groups, for “unacceptable” shortcomings in its banking audits for the third year running. It asked mid-tier accountants Mazars and BDO to take steps to ensure their rapid growth did not negatively affect the quality of their audits.

While stripping a firm of its registration would be a “huge step”, the mere threat of sanctions would strengthen the watchdog’s hand and lead to more robust regulation, said one supporter of the proposals.

Deregistering a large audit firm could have wider knock-on effects for the market, the person added. Removing one of the dominant Big Four — Deloitte, EY, KPMG and PwC — could leave the largest companies unable to find an auditor with the capacity to carry out the work required.