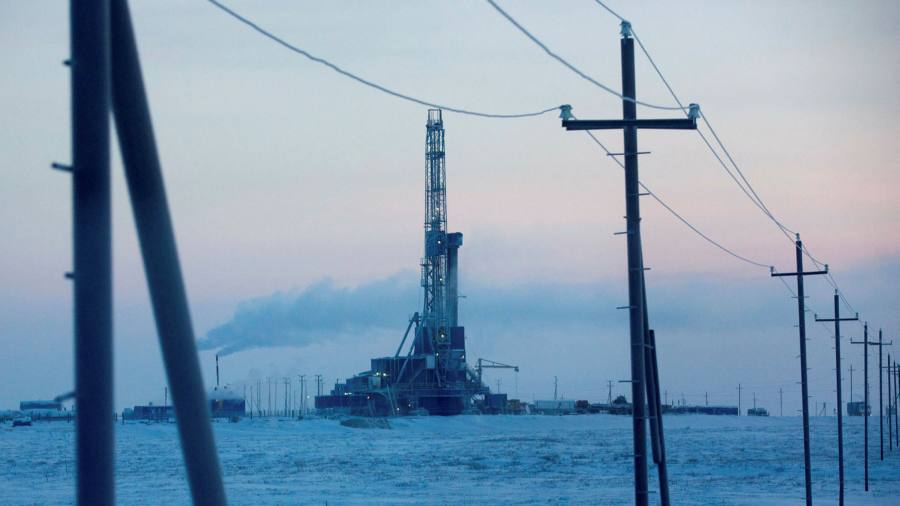 The Ukrainian government has called on some of the world’s largest energy traders to stop handling Russian crude, of which the companies have discharged more than 20mn barrels since the outbreak of war.

Vitol, Trafigura, Glencore and Gunvor have continued to lift large volumes of Russian crude and products including diesel, according to ship tracking and port data.

Oleg Ustenko, economic adviser to Ukrainian president Volodymyr Zelensky, wrote to the four companies at the end of March demanding that they stop trading Russian hydrocarbons immediately since export revenues are funding Moscow’s purchase of weapons and missiles.

“The fact is that traders are trading and they are helping Russia to receive this blood money,” Ustenko told the Financial Times. “They are in this cycle of financing war crimes and genocide against Ukrainian citizens.”

Russian exports of crude oil, refined products and gas to Europe alone are estimated to be providing Moscow with $850mn a day and have led Russia to a record current-account surplus, according to data from the Bruegel and the International Institute of Finance think-tanks.

While Russian oil and gas are not directly under EU sanctions, refiners, insurers, banks and shipping companies are “self-sanctioning” because of the risk of breaches or of tarnishing their reputations.

Oil traders have a lower profile than energy companies such as BP and Shell, which have powerful marketing businesses that also trade Russian oil. However, they form an essential part of the infrastructure that allows commodities to flow around the world.

Between the start of the war in Ukraine and the end of March, Glencore, Vitol, Trafigura and Gunvor discharged 33 tankers carrying roughly 20mn barrels of crude and oil products loaded at Russian ports, according to an analysis of Refinitiv data by Global Witness, a lobby group, reviewed by the Financial Times. The figures also include oil that is produced in Kazakhstan and Turkmenistan but shipped from Russian ports.

At the FT Commodities Global Summit last month, the bosses of the world’s biggest commodity traders said they have frozen investments and stopped taking new business in Russia but planned to keep fulfilling their obligations to take oil under legally binding long-term contracts, which have not been sanctioned.

Asked for comment on Ustenko’s letter, all the trading companies said they unequivocally condemned the war in Ukraine.

In a statement, Vitol said it would not enter into any new Russian oil transactions and “intends to cease trading Russian origin crude oil and product, unless directed otherwise”.

“Volumes of oil will diminish significantly in the second quarter as current-term contractual obligations decline, and we anticipate this will be completed by end of 2022,” it said.

Vitol also said it was working with its consortium partner to find a “mutually acceptable solution” for the stake it holds in Vostok, a giant Arctic oil project being developed by Rosneft, the state-backed Russian oil producer.

Trafigura said it was purchasing lower volumes of Russian oil than prior to the invasion. “We are not developing any new oil and gas business in Russia,” it added.

Gunvor said it was legally obliged to fulfil existing trading contracts, which are not sanctioned. “No new business is being conducted,” it said. Glencore said it would not enter any new trading business in respect of Russian commodities.

At least 2.5mn of Russia’s 4.6mn barrels a day of crude exports in 2021 were sold under long-term contracts with 1.4mn b/d of those sent to Europe, according to research by JPMorgan. Russian crude exports dropped to 3.1mn b/d in the second half of March, down from 3.5mn b/d in the first half of the month, data from commodity analysis group Kpler shows.

However, the traders have not disclosed the volume of oil they must take under their contracts. Under some Russian contracts, traders are legally bound to lift volumes nominated by the seller.

The Ukrainian government has set up a task force with Global Witness and data analysts to track oil exports out of Russia.

If the traders were unable to stop taking Russian hydrocarbons because of their contracts, Ustenko said they should make “significant efforts” to lobby national governments to boycott its oil.

“Either they self-sanction or press on their national governments to introduce this embargo,” he said. “There is no other way.”