US orders biggest ever oil release from strategic reserves 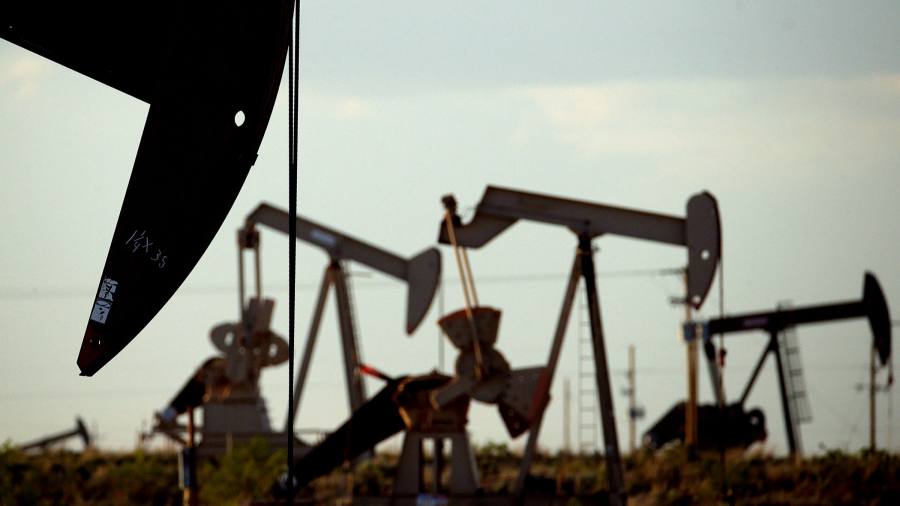 The White House announced a “historic release” of about 180mn barrels of oil from the US emergency stockpile in a bid to cool crude prices, saying it would punish some domestic oil companies that do not increase drilling.

The new release of 1mn barrels a day is by far the biggest ever announced and will last for six months, draining almost a third of the US’s Strategic Petroleum Reserve. The drawdown would take the reserve to its lowest level since 1984.

The move comes as political pressure builds on president Joe Biden, who has faced criticism and waning approval ratings over surging fuel prices, which have risen by 50 per cent in the past year to hit record highs.

The White House said the scale of the release was “unprecedented”, adding: “The world has never had a release of oil reserves at this 1mn per day rate for this length of time. This record release will provide a historic amount of supply to serve as bridge until the end of the year when domestic production ramps up.”

The White House also called on US oil producers to increase output and said it would seek to impose levies on those that were not making use of their drilling licences on public lands.

“Today, President Biden is calling on Congress to make companies pay fees on wells from their leases that they haven’t used in years and on acres of public lands that they are hoarding without producing,” the White House said.

“Companies that are producing from their leased acres and existing wells will not face higher fees. But companies that continue to sit on non-producing acres will have to choose whether to start producing or pay a fee for each idled well and unused acre.”

A senior Biden administration official said it planned to restock the oil reserve once the oil price had “come down”, but did not specify what the threshold would be, saying those details would be determined by the Department of Energy at the time.

A person familiar with the White House’s plan for the oil release said the replenishment would happen at a price of $80 a barrel.

The assurance of future purchases at that price to replenish the SPR could be designed to encourage shale companies to pick up drilling to increase supply later this year, when the stock releases have run their course.

A senior administration official described the release as a “wartime bridge”, giving time for the US and other countries to increase output.

The White House is also seeking co-operation from other western oil consumers to release oil from their reserves, ahead of a meeting of the International Energy Agency on Friday.

Biden administration officials said that when oil releases from other countries were included, the impact on supply would exceed 1mn barrels per day. The White House has also been in talks with Opec+ producers around the world, including Saudi Arabia, to push for additional production.

West Texas Intermediate, the US crude oil benchmark, was down 4.9 per cent at $102.56 a barrel on Thursday.

The US move comes as western countries tighten sanctions on Russia, the world’s largest petroleum exporter, following its invasion of Ukraine. The US has already banned the import of oil from Russia, although big European consumers have not yet followed.

The IEA said earlier this month that sanctions on Russia and the reluctance of some shippers to load its crude could cut more than 3mn barrels a day from its output, or about 3 per cent of total global demand.

Oil investors were sceptical that the new release would have a long-term effect on crude prices.

Global oil prices have almost doubled in the past year as economies have reopened following the pandemic lockdowns and supply, including from the Opec alliance, has risen more slowly than demand.

At an Opec meeting on Thursday the producer group stuck with its existing schedule to lift supply, resisting pressure from politicians including Biden and Boris Johnson, UK prime minister, to quicken the pace of its production increases.

The success of the oil release could partly depend on its implementation. Senior administration officials said a significant chunk of the oil would enter the market through pipelines.

But if it were to be shipped by sea, the administration would “promptly process” waivers of the Jones Act — legislation that mandates the use of US-flagged vessels for domestic coastal shipments — to make it flow more rapidly.