US stocks tumble 2.8% as investors gird for higher interest rates 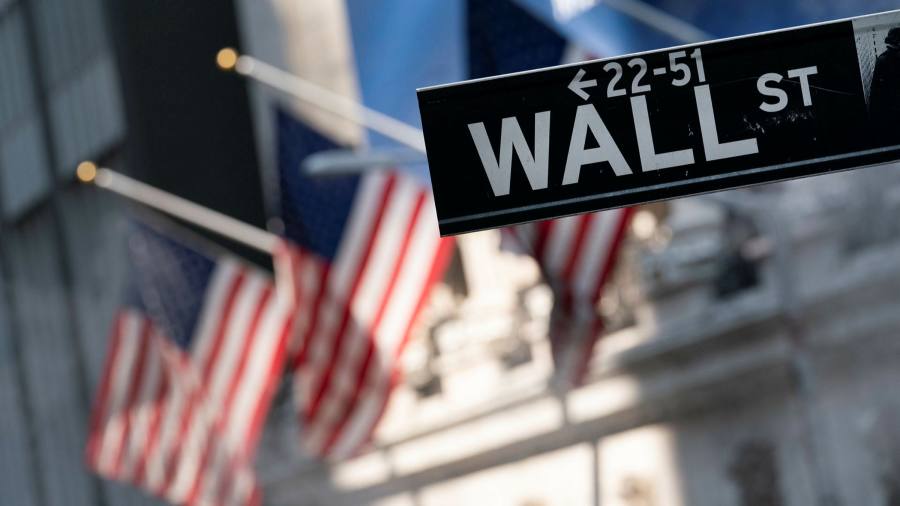 US stocks tumbled on Friday with the S&P 500 registering its biggest one-day loss since March as traders anticipated central banks on both sides of the Atlantic raising interest rates to curb inflation.

The 2.8 per cent decline in the benchmark S&P 500 came a day after Federal Reserve chair Jay Powell said a 0.5 percentage point interest rate rise was “on the table” in an effort to combat soaring inflation. The weekly decline was also 2.8 per cent.

The technology-heavy Nasdaq Composite lost 2.6 per cent, for a 3.8 per cent weekly decline as investors pulled out of growth stocks as inflation expectations have surged.

The US 10-year break-even — a closely watched gauge of market inflation expectations over the next decade — climbed to 3.08 per cent on Friday, its highest level in at least two decades.

Meanwhile the Cboe’s Vix volatility index, which measures expected swings in the S&P 500 and is known as Wall Street’s “fear gauge”, climbed to a one-month high of 28.3.

Following a broad sell-off in the US Treasury market on Thursday, the two-year US Treasury yield, which tracks interest rate expectations, was flat at 2.68 per cent. The yield on the note has this week repeatedly reached fresh three-year highs.

The yield on the 10-year Treasury note — which underpins borrowing costs worldwide — was steady at 2.9 per cent, also close to its highest level since late 2018.

Powell on Thursday sent his strongest signal yet that the Fed would raise borrowing costs rapidly to fight the highest US consumer price increases for 40 years. “It is appropriate in my view to be moving a little more quickly,” he said at an IMF panel.

Europe’s regional Stoxx 600 share index closed 1.8 per cent lower as the spectre of higher borrowing costs in the eurozone weighed on companies’ earnings prospects, taking the gauge’s loss for the year to date to more than 7 per cent.

The yield on the two-year German bond, which tracks eurozone interest rate expectations, rose 0.9 percentage points to 0.27 per cent — its highest level since September 2013. The 10-year Bund yield climbed 0.02 percentage points to 0.97 per cent, continuing a significant ascent from near zero in early March. Bond yields rise as their prices fall.

Markets are now pricing in a fed funds rate — the US central bank’s main interest rate — of 2.8 per cent by the end of the year, up from between 0.25 per cent and 0.5 per cent at present.

In currencies, sterling dropped 1.5 per cent against the dollar to $1.283 — its weakest level since late 2020 — after official data showed UK retail sales declined rapidly in March as high inflation exacerbated the cost of living crisis. The fall also came after the Financial Times reported that the UK government was preparing legislation that would enable it to tear up the Northern Ireland protocol, putting the post-Brexit EU trade deal at risk.

“It’s a perfect storm for sterling,” said Nicola Morgan-Brownsell, multi-asset fund manager at Legal & General Investment Management. “A large amount [of the fall] is those weak retail sales numbers but also Brexit risk has returned to the headlines.”

The dollar index — which tracks the greenback against a basket of global currencies — rose 0.6 per cent.