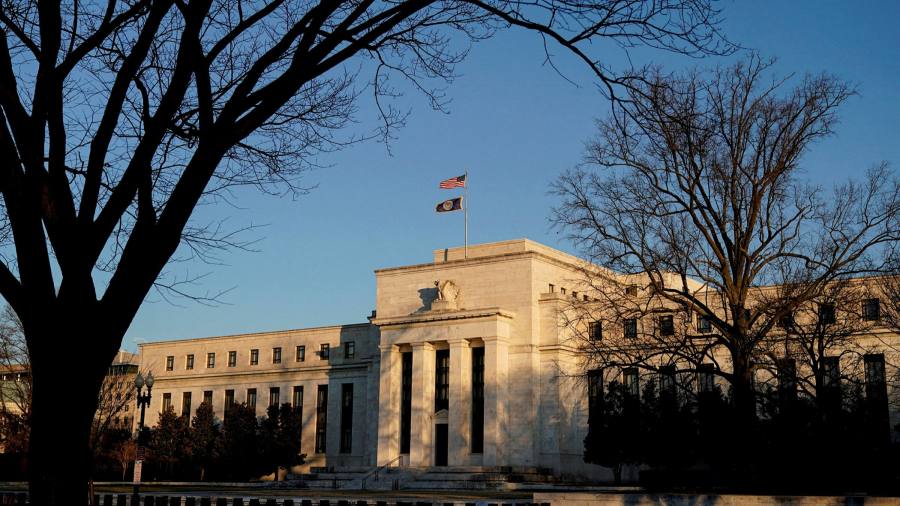 US government debt came under fresh selling pressure on Friday after data showed booming jobs growth in March, inverting the Treasury yield curve for the second time this week.

The yield on the two-year Treasury note rose above that on the benchmark 10-year note, a so-called inversion of a segment of the Treasury curve that is closely watched by investors and policymakers. A yield curve inversion, which happened on Tuesday for the first time since 2019, is typically a sign of a coming recession, signalling that monetary policy is too tight.

The two-year yield, which moves with interest rate expectations, rose as investors priced in an even more aggressive pace of interest rate rises from the Federal Reserve after the Bureau of Labor Statistics reported strong jobs growth in March. The yield on the two-year note added 0.10 percentage points to 2.44 per cent.

In futures markets, investors are now pricing in between eight and nine further quarter-point interest rate increases this year.

Friday’s data showed that the US had recorded another month of strong jobs growth in March, adding 431,000 positions. That figure compared with a Reuters forecast of 490,000 and marked a decline from February’s revised figure of 750,000.

The yield on the 10-year US Treasury note, which moves with expectations of economic growth and inflation, rose 0.03 percentage points to 2.37 per cent.

“Typically this is a sign that policy has become too tight,” said Tom Simons, money market economist at Jefferies. But he noted, his view is that while the yield curve inversion is a fairly reliable indicator of recession, it is not imminent.

“We still think we’re 10-24 months away from a recession . . . The labour market is doing quite well, and there is nothing in the data we got today that suggest that we’re headed towards a recession,” said Simons.

The inversion comes after the worst quarter for Treasuries on record, as investors looked ahead to central banks tightening monetary policy to curb surging inflation. A Bloomberg index of total returns from Treasuries fell by a record 5.6 per cent in the first three months of the year.

Ewout van Schaick, head of multi-asset at NN Investment Partners, said Friday’s sell-off was the “continuation of last quarter’s trend”, when investors pulled out of US government bonds over concerns that the Federal Reserve may damp economic growth by raising interest rates to combat inflation.

In equity markets, the benchmark S&P 500 and the technology-heavy Nasdaq Composite were roughly flat after closing out their worst quarter in two years. The S&P dropped 4.9 per cent in the first three months of 2022 and the Nasdaq fell 9.1 per cent.

In Europe, the regional Stoxx 600 index, which shed almost 7 per cent in the first quarter, closed the day 0.5 per cent higher. Germany’s Dax added 0.2 per cent and London’s FTSE 100 rose 0.3 per cent.

Oil prices edged lower after dropping on Thursday as the White House announced a “historic release” from its emergency reserves — pledging to boost supply by about 1mn barrels a day for the next six months in an effort to cool prices that have soared since Russian president Vladimir Putin ordered the invasion of Ukraine.

Brent crude, the international benchmark, lost 3 per cent to trade at $104.72 a barrel.