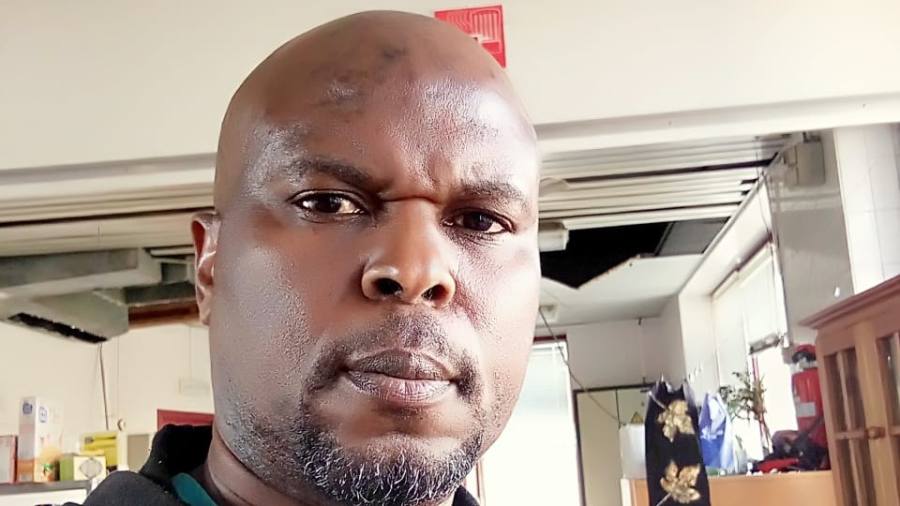 Millions of people fleeing the war in Ukraine have been met with open arms and doors in the European Union. Provided they have the right documentation — and, as some are recounting from personal experience, the right nationality. As EU home affairs ministers gather today in Brussels for an emergency council (including with their Ukrainian counterpart), I’ll bring you up to speed with how the double standard for Ukraine war refugees came about and what the people experiencing it have to say about it.

In transatlantic news, US President Joe Biden put a cat among the pigeons when he said that Vladimir Putin “cannot remain in power.” While the Biden administration quickly back-pedalled on that comment, EU officials punctured the awkward silence by saying that regime change was not on their agenda.

And with EU foreign policy chief Josep Borrell fielding questions from MEPs later today about the EU commission’s work programme, we’ll fill you in on the details of several areas where Brussels’ legislative machinery had to do some major adjustments since the war began.

No passport, no protection

In a former Belgian post office turned into a makeshift shelter for war refugees, 59-year old Charles Otuonye is putting the kettle on. “Have some chai,” he says, using the way they say tea in Ukraine. He lived there for 26 years, first moving in as a Pentecostal missionary, then also setting up several businesses and bringing in his elder brother, 70-year old Christian.

They were in the port of Odesa when the war broke out, waking up to daily alarms, seeing people barricade streets and when the first rockets were fired from the Black Sea. The Otuonyes fled via Moldova, Romania and Hungary. In Austria, volunteers treated them unexpectedly well, with food and drinks and overnight stays in a nice hotel, before catching a free train ride to Belgium.

When they arrived in Brussels, though, the outpouring of support for Ukrainian refugees became more selective. Families with children were prioritised. Finding housing for two older black men was much harder. The Red Cross could find no place for them to stay so they contacted several Facebook groups, finally getting a positive response from the collective Citizens Corner, which put out a call for mattresses and basic supplies and improvised this shelter in a space they normally use for community events.

Two Middle Eastern refugees from Sumy, the student town near the Russian border that got shelled early into the war, were also looking for a place to stay and they are now sharing the space together with the Otuonyes. They’ve all been in limbo for 10 days, awaiting word from the Belgian authorities.

Their prospects are not looking great.

The initial version of the recently-adopted EU temporary protection law would have granted residence and the right to work and study for up to three years to anyone fleeing the war in Ukraine. But upon Polish insistence the final text was considerably hardened for non-Ukrainian nationals.

Not only do they have to prove they were legally residing in Ukraine before the war (when fleeing from bombs, remember to pick up a utility bill . . .), but also that they “are unable to return in safe and durable conditions to their country or region of origin.”

Ahmed Radi, a 26-year old Jordanian who had been studying medicine and was a resident surgeon in Sumy when the war broke out, feels betrayed. “It would have been more honest to tell us to stay there, that only Ukrainian nationals can come to Europe.” Even though he barely made it out, with bombs falling within hundreds of metres of him, he said “yes, it’s dangerous, but at least we were there legally.”

Laurence van der Straeten, the volunteer who helped them find the makeshift shelter and who has also put them in touch with an immigration lawyer, says that the mobilisation on social media was unlike anything she’s seen during the last refugee crisis in 2015-2016.

But she acknowledged that Belgians are more keen to help Ukrainian families with children, whereas finding shelter for men who come from different cultures is far more difficult. “I hope it’s not racism,” van der Straeten said.

Europe has the infrastructure to regasify 170 bcm of LNG but most spare capacity is on the Iberian peninsula, which does not have sufficient pipelines to move supplies further north. Land-based LNG import terminals take at least five years to build and are costly. Instead, countries are rushing to secure floating storage and regasification units — LNG tankers with heat exchangers that use seawater to turn the fuel back into gas. (More here)

US President Joe Biden’s European tour, aimed at ensuring western unity over responding to Vladimir Putin’s invasion of Ukraine was ironclad, had gone perfectly. Until the final words of his final speech, writes Henry Foy in Brussels.

“For God’s sake, this man cannot remain in power”, he said of Putin, in the emotional flourish to his speech in the centre of Warsaw Saturday night.

As the Kremlin condemned what they saw as a blatant attempt to meddle in Russian domestic affairs, a slew of US officials stepped up to effectively correct their boss, and state that regime change in Russia was not actually Washington’s policy.

But that didn’t stop the wave of European statements distancing themselves from a man they had feted across three separate summits just two days earlier.

“[In the EU] we are not after a regime change, that is something for the Russian citizens to decide if they of course could decide that,” Josep Borrell, the EU’s chief diplomat, told Sky News Arabia on Sunday.

Borrell’s comments were not new. He said almost exactly the same more than three weeks ago. It’s not a great look that he had to repeat himself — on behalf of the EU — because of the loose lips of the US president.

Emmanuel Macron, France’s president and increasingly the EU’s foreign policy talisman, echoed that sentiment. He said he would not have used Biden’s words, adding that to find a diplomatic solution to the war “we can’t escalate in either words or actions.”

But the fallout is likely to go deeper than just some transatlantic awkwardness. For some in the east of the EU — and certainly many in Kyiv — Biden spoke the truth, and those attempting to walk back his comments are only exhibiting the kind of Kremlin appeasement that emboldened Putin to invade Ukraine in the first place.

“Stop with the pearl clutching as masses are massacred on his whims,” said Toomas Hendrik Ilves, former president of Estonia.

Regardless of the industrial strength denials from the White House, Biden’s comment will probably linger as a lightning rod for those who believe the EU should not seek to offer Putin a potential face-saving exit from his brutal war on Ukraine, but instead double efforts to punish him for the invasion.

Oksana Markarova, the Ukrainian ambassador to Washington, said she had heard Biden’s remarks “loud and clear.”

“A war criminal, who attacks a neighbouring country . . . definitely cannot stay in power in a civilised world”, she said.

Ukraine’s unmet demands on the west for a no-fly zone, fighter jets and tanks have already put European leaders in an awkward position. Biden’s Warsaw declaration may have created another.

After over a month of nonstop pressure from the war in Ukraine, the European Commission’s well-oiled machine is showing signs of strain.

Several directorates including agriculture, financial stability and energy have been in overdrive preparing sanctions and designing measures to combat rising prices and supply problems, write Andy Bounds and Javier Espinoza in Brussels.

One proposal, the Sustainable Use of Pesticides Directive, was pulled from last week’s commission meeting. A paper on possible ways to cut gas prices demanded by member states was thrown together for the summit that ended late on Friday, with more details to be ironed out by May.

Lobbyists and NGOs say numerous files are being pushed back.

Green groups say the pesticides directive, which would reduce their use by half, was under pressure from the chemical industry and farmers, who want to scale back Brussels’ green ambitions in favour of maximising production. Ukraine and Russia are big crop exporters and farmers say the EU should try to fill some of the gap left after war hit their output.

Dana Spinant, deputy spokeswoman, admitted that “there is a massive workload affecting the commission right now”. However, “this is not a reason why these proposals will be presented slightly later.”

Indeed EU officials have been moving ahead with some key pieces of legislation, including tech regulation.

Last week, the parliament, the commission and member states struck a deal on the Digital Markets Act, even if the final stretch of negotiations clashed with three summits in Brussels that day and the visit of US President Joe Biden.

We have prepared our society, and have been training for this situation ever since the second world war