FirstFT: Apple forecasts up to $8bn hit from supply headwinds 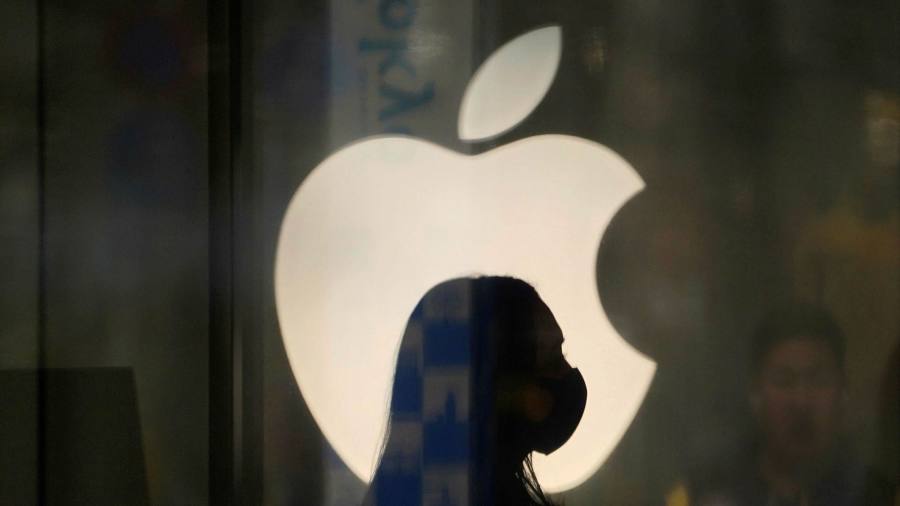 How well did you keep up with the news this week? Take our quiz.

Good morning to everyone, unless you’re Apple. The iPhone maker’s executives warned the company could sustain a hit of up to $8bn in the current quarter from headwinds including supply chain shortages and factory shutdowns in China, underscoring the challenges posed by the coronavirus pandemic are far from over.

“We expect these constraints to be in the range of $4bn to $8bn, which is substantially larger than what we experienced during the March quarter,” finance chief Luca Maestri said yesterday, adding that “Covid-related disruptions are also having some impact on customer demand in China”.

Weijian Shan, founder and chair of PAG, one of Asia’s biggest private equity investors, criticised Beijing for policies that he said resulted in a “deep economic crisis” comparable to the global financial crash.

Thanks for reading FirstFT Europe/Africa. Here’s the rest of today’s news — Jennifer

1. HSBC faces greenwashing claims The UK advertising watchdog is to warn the bank about using adverts to greenwash its reputation and order it to be more transparent about its contribution to climate change, in a draft ruling seen by the Financial Times that could have wide implications for financial sector marketing.

2. Dropping of UK audit bill from Queen’s Speech comes under fire Accounting and investor groups have hit out at the government’s move to ditch a bill that would have implemented long-delayed reform of audit and corporate governance from its next legislative programme. Helen Thomas argues that the government must fix the basics of how the market is supervised even if it fails to institute radical change.

“We have been waiting for so long for a response from the government, which makes it strange that other things were more pressing” — Roger Barker, head of policy at the Institute of Directors

3. EU: Russian gas payment demands ‘breach’ sanctions The bloc has warned European buyers that they will be in breach of sanctions against Moscow if they accept Kremlin demands to pay for Russian gas in roubles.

The latest from the war in Ukraine

Economic indicators Eurostat publishes its flash April estimate of eurozone inflation, which is expected to remain close to March’s record level. US consumer spending is expected to have picked up in March. Gross domestic product figures are out for the EU, Canada, Germany, Mexico, Italy and Spain, with a preliminary estimate for France, which also has April CPI data. (FT, WSJ)

Boris Becker sentencing The three-time Wimbledon champion will be sentenced at Southwark Crown Court in London after being found guilty of four charges under the Insolvency Act relating to his 2017 bankruptcy.

Partial eclipse A partial solar eclipse will occur tomorrow over South America, Antarctica and the Pacific and Atlantic Oceans.

The battle over Namibia reparations Tens of thousands of people died in atrocities committed by German colonisers between 1904 and 1908, in the 20th century’s first genocide. Last year, Europe’s largest economy offered to pay €1.1bn over 30 years as recompense. But the agreement has hit an impasse as victims’ descendants criticise the size of the payout, poor communication and access to land.

What does Elon Musk’s Twitter deal mean for Tesla? The billionaire will have his multitasking abilities put to the test when he takes over the social media company following a $44bn coup. The question for shareholders of his electric carmaker is to what extent his latest curiosity will distract him.

Join us on May 4 for our subscribers-only Elon Musk Twitter Takeover Webinar. Register here for our free virtual briefing on the consequences of the world’s richest man acquiring the social media platform he describes as the “bedrock of a functioning democracy”.

UK farmers gamble on uncertain returns Revenues have always been subject to fluctuations in crop prices, but soaring inflation and the war in Ukraine have brought on a new level of risk and opened a gap between the cost of this year’s inputs — such as fertiliser and feed — and the price farmers can expect to fetch at market next year.

The trap of the billable hour By defining each moment of their working lives as either “billable” or, regrettably, “non-billable”, lawyers are being tugged towards an unhappy attitude to the way they spent their time. Such thinking about all time as fungible is corrosive, writes Tim Harford.

Why did Wall Street loan billions to an alleged fraudster? Archegos’s Bill Hwang secured billions of dollars in financing from leading banks with lies that ranged from assurances he could quickly exit his positions to claims he had large holdings of easily traded stocks such as Apple and Google, according to US authorities, who spent months amassing evidence.

Bella Hadid’s style typifies the fashion moment we are living in. After years dominated by oversized streetwear, muted utilitarian clothes and covered-up minimalism, the fashion pendulum is swinging back towards clashing colours and prints, skintight dresses, low waists and glamour.

Thank you for reading and remember you can add FirstFT to myFT. You can also elect to receive a FirstFT push notification every morning on the app. Send your recommendations and feedback to [email protected] Sign up here.