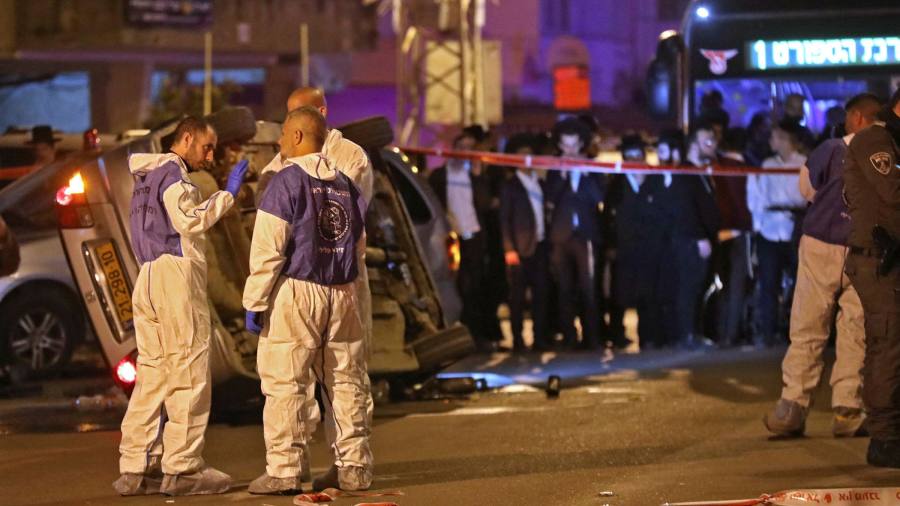 Five Israelis were killed by a Palestinian gunman in central Israel on Tuesday night, the third such attack over the past week amid what Israeli officials described as a wave of terror.

The latest attack took place in Bnei Brak, a largely ultra-Orthodox Jewish suburb of Tel Aviv, where the assailant opened fire with an automatic rifle at pedestrians and passing cars, claiming the lives of two Israeli civilians, two Ukrainians and a police officer. The gunman, identified by Israeli authorities as a 27-year old Palestinian from the northern West Bank, was killed at the scene by Israeli police.

The attack is believed to be the single deadliest such incident inside Israel for nearly eight years. Last week four Israelis were killed in the southern city of Be’er Sheva in a combined car-ramming and knife attack perpetrated by an Arab Bedouin citizen of Israel with known Isis ties. Over the weekend two Israeli police officers were killed in a shooting attack after two Palestinian citizens of Israel, one of whom had known Isis ties, opened fire in the northern city of Hadera.

Israel’s prime minister Naftali Bennett said: “Israel is facing a wave of murderous Arab terrorism. The security forces are at work. We will fight terrorism with persistence, diligence and an iron fist. They will not move us from here. We will prevail.”

The Israeli police have been put on the highest state of alert for the first time since last May’s 11-day conflict between Israel and the Islamist militant group Hamas in the Gaza Strip, with more officers deployed to public spaces and additional reserve Border Police units set to be called up. The Israeli military in recent days has moved an additional eight infantry battalions to the West Bank.

Israeli security forces raided the northern West Bank village of Ya’bad early on Wednesday, arresting relatives and suspected accomplices of the gunman. Israel’s internal security agency, Shin Bet, is still attempting to ascertain how the assailant — who has been jailed for terror-related offences — obtained the assault rifle and whether he acted alone. No Palestinian faction has yet claimed responsibility for the attack, although Hamas and other militant groups praised the attacker.

Palestinian Authority president Mahmoud Abbas condemned the attack, adding that “the killing of Palestinian and Israeli civilians only leads the situation to deteriorate”.

Arab Israeli politicians also condemned the violence, including Mansour Abbas, whose Islamist Ra’am faction last year joined the governing coalition — a first for an independent Arab party in Israeli history. “We are determined to set out on a path of peace . . . to the consternation of all the extremists,” Abbas said.

Some analysts suspect a “guiding hand” behind the recent attacks, with groups such as Hamas seeking to “unify all the fronts of the Palestinian resistance: Gaza, Jerusalem, the West Bank and inside Israel,” said Orit Perlov, an Arab affairs expert at the Institute for National Security Studies in Tel Aviv. “Hamas in particular has made a concerted effort through social media to co-ordinate between the various regions, inflame religious sentiment and to inspire more attacks.”

The upsurge in violence comes just ahead of Ramadan, which starts this weekend. This year the Muslim holiday coincides with the Jewish festival of Passover as well as Easter. Israel has warned for several weeks of the risk of hostilities escalating during April. 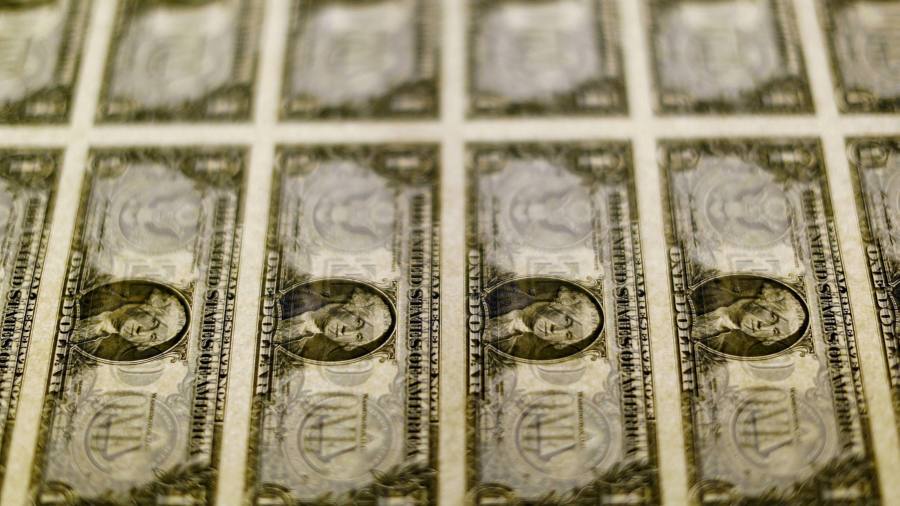