The Rishinomics growth plan is back — only worse 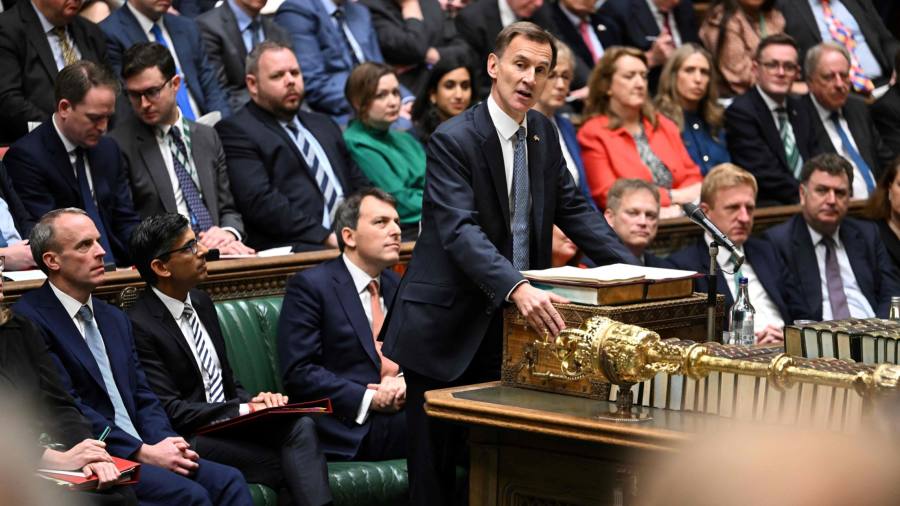 Comebacks are never easy. Jeremy Hunt’s Autumn Statement was dominated by dismal economic forecasts and measures to shore up ravaged public finances. But in terms of the message on growth, it all harked back to what the man sitting behind him was saying earlier this year.

Don’t worry about the surreal interlude this summer, was the message. Forget it. Rishinomics is back. And he has a plan for growth.

With the government looking for £55bn in savings or tax rises, and an economic outlook that makes everyone poorer, the business pitch of sorts was a return to the thinking that underpinned then-Chancellor Rishi Sunak’s Mais lecture in February.

That propounded the importance of people, capital and ideas for boosting the UK’s sluggish productivity and growth. This echoed the now-prime minister’s Plan for Growth, from March 2021, which highlighted skills, innovation and infrastructure. It was never fleshed out with a proper strategy or underpinning policies. But it was a focus, especially when allied with promises to incentivise investment, that many businesses rather liked.

It was unrealistic to think that corporate Britain wouldn’t be hit given the fiscal backdrop. Frozen thresholds will mean more taxes on employment and more businesses paying VAT. Success will be taxed more highly thanks to cuts in dividend and capital gains tax allowances.

Help with business rates over the next five years was a rare bright spot, especially for retail. But the energy sector may feel sore, simultaneously lauded as a crucial growth area while being hit with a five-year tax hike, including on renewables firms, which could raise over £40bn. Windfall taxes are one-off and retrospective. This is just higher tax for energy companies.

Meanwhile, the Sunak growth vision, meant to promise a brighter future beyond the current misery, hasn’t fared well over its summer break. “You need a microscope to see the effects of the growth policies announced today,” said George Dibb at IPPR. “Even in the areas the government highlights as important, the measures are inadequate or confused.”

Sunak had as chancellor stressed the importance of boosting business investment, still 8 per cent below its pre-pandemic peak and markedly weaker than expected according to the Office for Budget Responsibility. His approach was to combine higher corporation tax with generous investment incentives.

Yet a successor policy to his two-year super-deduction, the 130 per cent tax relief on purchases of equipment that expires next year, went unmentioned despite the return of corporation tax to 25 per cent. A new set of tax breaks was promised in March, as part of a push to narrow the gap with countries like Germany and France.

On skills, innovation and infrastructure, the messages were simply mixed. The apprenticeship levy wasn’t mentioned. Cutting the generosity of research and development tax relief for small companies is an odd way to boost ideas generation, especially when it has just been established that the UK was hugely undercounting the R&D going on within smaller firms. Hunt touted the importance of infrastructure on the one hand and froze capital budgets from 2025 on the other. That reduces cash spending by £14bn by 2028, said the OBR, hurting productivity and growth in the future.

Any sense of policy stability would be a start for business and growth policy. A review by Sir Patrick Vallance, under the Brexit-friendly auspices of reviewing EU law, could even act as a Trojan horse for some strategic thinking for key industries like digital technology, life sciences, green industry, financial services and advanced manufacturing. But, even with big spending pledges clearly out, there was little behind the keywords of the growth plan and no obvious willingness to confront critical subjects like rethinking immigration policies to get companies the people they need, or tackling a sclerotic planning system that holds back everything from infrastructure to clean energy.

Rishinomics is back. And it all feels pretty underwhelming.