UK degrees: a first-class ticket does not guarantee a lucrative destination 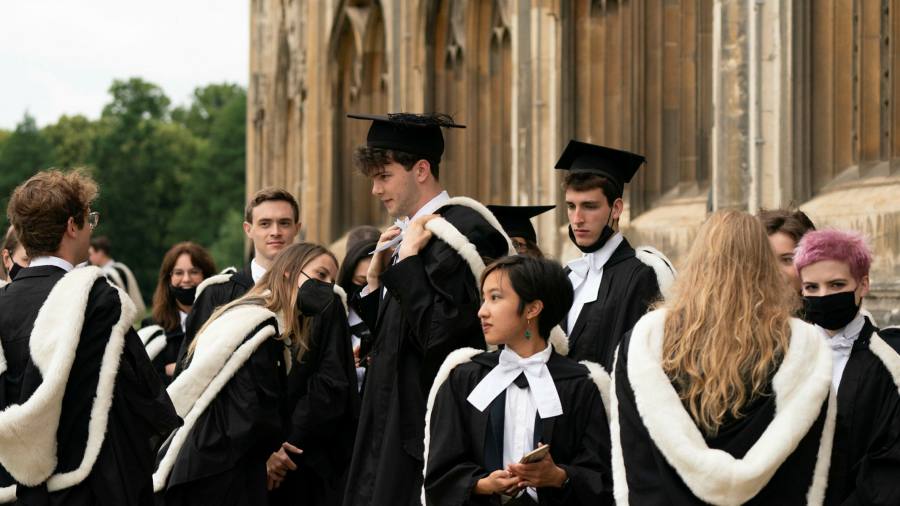 Inflation is pushing up consumer prices. It already had university grades in its grip. The share of first-class degrees has more than quadrupled since 1999 to 36 per cent.

That has not eroded the earnings advantage associated with top marks. Women with first-class degrees earn 8 per cent more on average, aged 30, than those with upper seconds. The difference for their male counterparts is even larger, according to new research by the Institute for Fiscal Studies.

Rewards for exam success vary by discipline. Being academically brilliant pays dividends in subjects linked to high-earning careers, such as economics, law, business and computing. For many subjects, the difference between a first and a 2.1 is minimal or negative. One reason is that top grades increase the chances of going on to postgraduate study. That limits work experience and rarely pays off by the age of 30.

There is a big gender divide. At the most selective universities — Oxford, Cambridge, Imperial College London and the London School of Economics — the average pay-off for a first-class degree versus a 2.1 is near zero for women but about 14 per cent for men. Even for the subject with the biggest first-class premium — law — a big difference follows. The top grade bestows a 23 per cent earnings advantage on 30-year-old women and 37 per cent for men.

There is bad news for recipients of a “Desmond” — a play on the name of the late Archbishop Desmond Tutu. The gap in earnings between getting a 2.1 and getting a 2.2 matters much more than the difference between a first and a higher second.

The number of 2.2 awards is shrinking, possibly because fees have made students more assertive. Now, just one in seven graduates get that grade. In 1995, more than a third did. In any case, attitudes may be changing. Accountancy EY is one of a growing number of companies that have begun to accept people with 2.2s on to their graduate schemes. Its research found no correlation between success at university and professional qualifications.

If more employers question the importance of top grades, expect the historical link with high earnings to start to weaken. That should deflate the egos of the academically gifted.