UK spends heavily to raise benefits in line with inflation 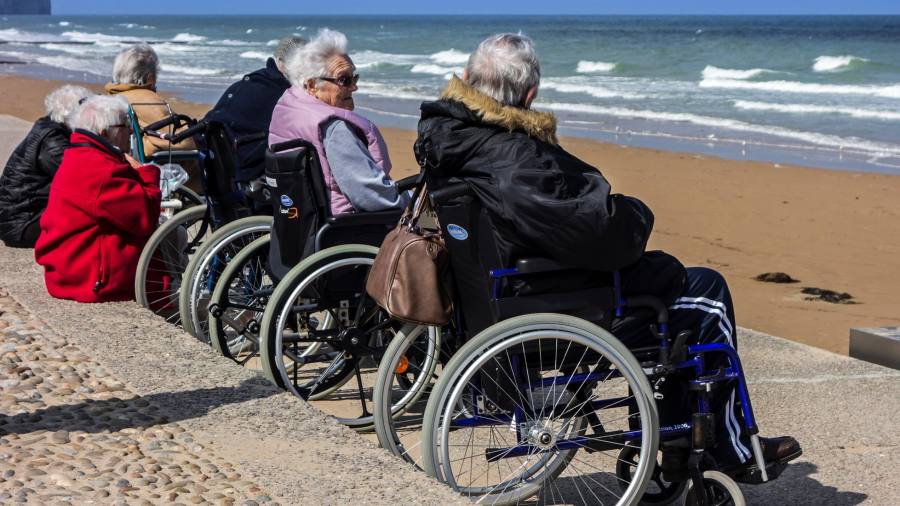 Tens of billions of pounds will be spent by the Treasury next year on the biggest uplifts to pensions and benefits for two decades, the UK government has announced, in order to keep pace with inflation.

Jeremy Hunt, chancellor of the exchequer, announced that benefits for working-age people will rise from April 2023 by 10.1 per cent, the biggest uprating since 1991. Hunt called it “an expensive commitment costing £11bn”.

The cost of keeping up with price rises had led the shortlived Liz Truss government to consider raising benefits at a lower rate.

The government is also raising the state pension by 10.1 per cent — taking the full state pension from £185.15 a week to £203.80. It reaffirmed its commitment to the so-called triple lock — a pledge to raise the state pension in line with the highest of either wage rises, inflation or 2.5 per cent.

The rises are linked to the inflation rate as it was measured in September and will also apply to the benefit cap, a limit on how much support households can receive. Overall welfare spending will reach £292bn next year — a £21bn rise on the estimate given at the last budget.

Part of that cost is a set of one-off payments — so-called cost of living payments — set at £900 for families on means-tested benefits, £300 to pensioners and £150 to individuals on disability support. These measures will cost £11.2bn.

Paul Johnson, director of the Institute for Fiscal Studies, said that the purpose of these ad hoc grants was to make up for long lags in how inflation measurements fed into benefit rises. As changes are only made “once per year, and using out-of-date inflation measures . . . the actual rates of ‘ordinary’ benefits will . . . remain lower in real terms than prior to the current spike in inflation until at least April 2024”.

Benefits are forecast to rise faster than average earnings, which are expected to rise by 5.9 per cent by the Office for Budget Responsibility.

But the Resolution Foundation, a living standards think-tank, estimates that this is only the fourth time in the past 13 years that working-age benefits have kept pace with prices.

Hunt, however, also tightened the conditions applied to the recipients of some benefits. A further 600,000 people on universal credit who are already in work will be required to meet a dedicated “work coach” to help them progress to earn more money.

Furthermore, Hunt announced that tenants in social housing in England could still see rent increases of up to 7 per cent. Polly Neate, the chief executive of Shelter, a housing charity, said allowing rises of that size would have “a disastrous impact on thousands of social tenants”.

Housing benefit, which supports people with rents, is also not rising. Neate said: “There is a housing hole in this budget — housing benefit remains frozen at 2020 levels when private rents have been rising at record rates.”

Hunt also announced that the minimum wage for people aged over 23 will rise by 9.7 per cent to £10.42 an hour. The government intends that this minimum will rise to reach two-thirds of the national median rate by 2024.