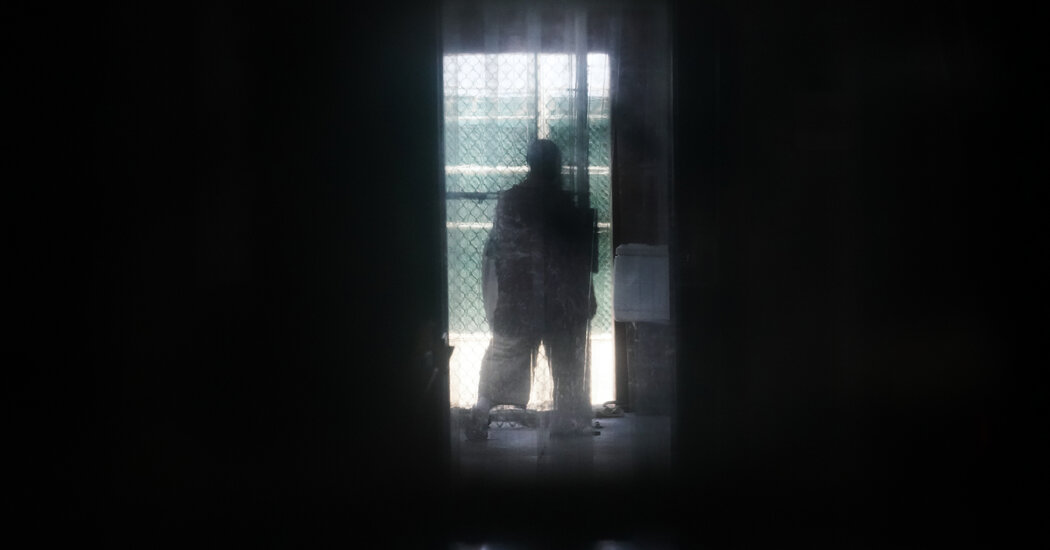 GUANTÁNAMO BAY, Cuba — Its very existence was a secret at first. Camp 7 housed detainees considered by the Bush administration to be among the world’s most wanted Islamic extremists.

All were brought there from C.I.A. prisons. They included the five men charged with helping to plan the Sept. 11, 2001, attacks and a Palestinian known as Abu Zubaydah, the first person subjected to a torture regime that the agency called “enhanced interrogation.”

Now deserted, its former occupants moved to the main prison complex at Guantánamo Bay, the facility has become another front in the tangled legal battle that crawls along two decades after the events that led to the prison’s creation.

Contending that the conditions in Camp 7 were substandard and exceedingly disturbing, lawyers for the men who were held there from 2006 to 2021 are inspecting the site. They are trying to make the case that prisoners who were held there, at times in solitary confinement, should receive reduced sentences or dismissal of the death penalty if they are convicted.

The defense lawyers also want anything the men said while they were kept there — either in F.B.I. interrogations or secretly recorded conversations — excluded from their cases because, they say, the place was indistinguishable from the overseas black sites where the men were tortured in C.I.A. custody.

They have been using the visits to gather evidence, including taking photographs of the decaying detention site and bringing experts with them to offer assessments. Some of the lawyers say it is too early to know how the material might be used, including the photos, which are considered classified. But they say the visits, often with the prisoners they represent, can help build relations between the prisoners and the American lawyers who are paid by the Defense Department to defend them.

Prosecutors in the war crimes trials are arguing against the defense efforts. In the Sept. 11 case, which is currently in plea negotiations, a prosecutor has described the statements the defendants gave the F.B.I. as key trial evidence. The prosecution’s position is that, once the C.I.A. prisoners were brought to Guantánamo, anything they said in interrogations or to other prisoners was voluntary, and so can be used at a trial.

The Continuing Aftermath of the 9/11 Attacks

Susan Hensler, a defense lawyer, visited Camp 7 for two hours last month with her client, an Iraqi accused of war crimes. She described it as “chilling” and “akin to being entombed.”

Ms. Hensler; the prisoner, who uses a wheelchair; and other members of her entourage crammed inside his former cell and pulled the door nearly shut. “It was like being buried alive,” she said, calling it “clearly a facility custom-built for exploitation.”

She was not allowed to explain any further because, even though the prisoners are gone, something about the place is still classified. The legal teams that have visited in recent months were allowed to describe their impressions of the facility but not specific features.

Neither military nor C.I.A. spokesmen would discuss the conditions. The U.S. government has consistently refused to say what Camp 7 cost, what contractor built it or what makes its design so special, adding to its mystery.

No photographs have emerged of the facility, which is hidden in hills far from the suburban-style housing, K-12 school and McDonald’s for the 6,000 residents of the 45-square-mile base. After President George W. Bush suddenly announced in September 2006 that the C.I.A. had transferred 14 “high-value detainees” from secret overseas sites to Guantánamo Bay, it took the military another year to acknowledge that they had been segregated from the 450 detainees who were already there.

“You’re disappeared off the face of the map at Camp 7,” said Alka Pradhan, who represents Ammar al-Baluchi, a defendant in the Sept. 11 case and Mr. Mohammed’s nephew.

Ms. Pradhan spent fewer than three hours there and found that “the isolation was oppressive.”

Court testimony has shown that the C.I.A. controlled the prison for an undisclosed period and staffed it with guards who were civilians in military attire, apparently agency contractors.

She said the isolation, clandestine guard force and other conditions make it the last known remnant of the C.I.A.’s black site program, which from 2002 to 2006 held more than 100 prisoners in Afghanistan, Poland, Thailand and other countries.

Funding requests in past years gave a fleeting sense of a place whose infrastructure was deteriorating so rapidly it was becoming hazardous for the special unit of Army guards who worked there as Task Force Platinum.

By 2013, senior military officers were describing it as a failing facility shored up by temporary fixes. It had shifted on its foundation. Some doors could not close, or open. Roofs could not hold back rain water. In time, human waste from an overflowing sewage system sloshed through cells and corridors.

“Electrical, mechanical, and secure communications systems within the current facilities are stressed and at risk of failure,” the Army said in a 2018 request for $69 million to build a new facility. Staff were “at risk,” it said, because of the “inefficiencies experienced in proper separation, seclusion, and control of occupants.” A funding request the next year put the cost at $88.5 million and said the failing complex required 74 additional guards.

Instead, the Southern Command, in consultation with the intelligence agencies, decided to move the men to Guantánamo’s main detainee complex. Commanders had said consolidating all the prisoners at a single site, made up of two adjacent prison buildings, would be more cost efficient.

The detention operation employs 1,500 soldiers and civilians, said the prison spokesman, Maj. Dustin W. Cammack, the same number of staff it had before the consolidation on April 4, 2021.

Christine Funk, a criminal defense lawyer, visited the site with the Malaysian prisoner she represents as a Pentagon employee.

“It feels like there’s an element of unpredictability built into that prison at Guantánamo, by design, that is its own form of torture,” she said. “I’ve never seen anything like it.”

Her client, Mohammed Farik Bin Amin, was held for 14½ years at Camp 7 without charges. He was only recently arraigned in a Southeast Asia bombing case, which has no trial date.

“I’ve been in and out of Minnesota jails and prisons for more than 30 years,” Ms. Funk said. “I’ve seen everything from minimum to medium to maximum security. I’d stay in any one of them rather than stay in that prison down at Guantánamo.”

The military judges have so far declined to issue a preservation order on the property. Some of its most secretive intelligence systems are gone, but the deterioration has worsened.

Lawyers reported seeing snakes, tarantula carcasses, rodent droppings and black mold. On different visits, the teams had to step through or around puddles of water that had come from broken ceiling sections. Reporters have been denied similar access.

“I had a really dark thought when I went inside Farik’s cell,” said Lt. Col. Chantell M. Higgins, a Marine lawyer for two former C.I.A. prisoners — Mr. Bin Amin and Abu Zubaydah, whose true name is Zayn al-Abidin Muhammed Husayn. Although held since March 2002, he has never been charged with a crime.

“My thoughts were, How is this an acceptable cell for anybody who’s been detained long term like that?” Colonel Higgins said.