Income Taxes for All? Rick Scott Has a Plan, and That’s a Problem. 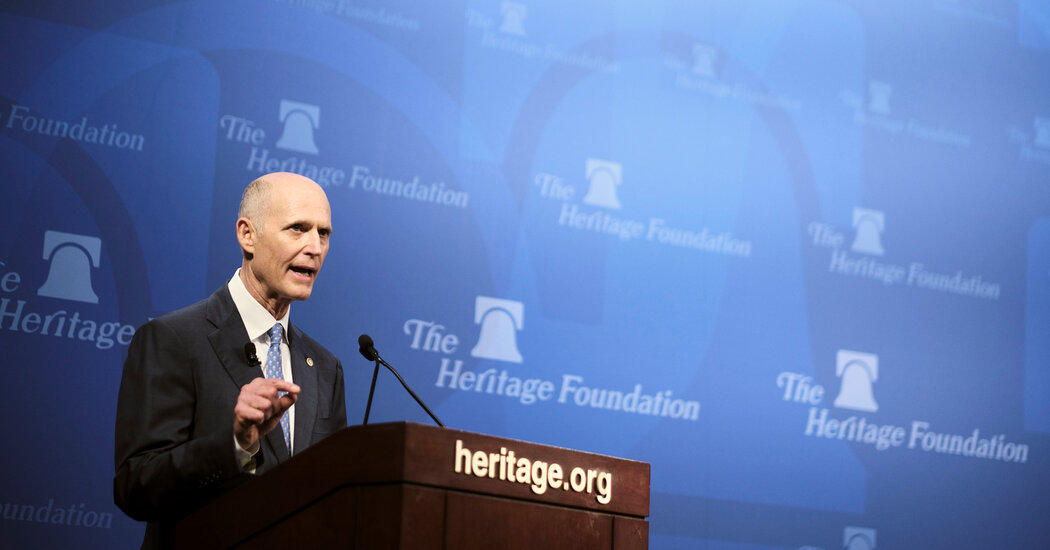 Fellow Republicans are not rushing to embrace Mr. Scott’s plan.

“I think it’s good that elected officials put out what they’re for, and so I support his effort to do it,” said Senator Ron Johnson of Wisconsin, among the most endangered Republicans up for re-election in November. “That’s what he’s for.”

But for Republican candidates, the issue is getting awkward. In Arizona, Jim Lamon, a Republican seeking to challenge the Democratic incumbent, Senator Mark Kelly, first called the plan “pretty good stuff” only to have his campaign retreat from that embrace.

Senator Marco Rubio, Republican of Florida, said of the plan, “It’s good that people offer ideas.” His Democratic challenger, Representative Val B. Demings, nevertheless ran an ad on social media accusing him of embracing it.

At a Republican Senate debate in Ohio on Monday, the current front-runner, Mike Gibbons, called the plan “a great first draft in trying to set some things we all believe in,” adding, “The people that don’t believe them probably shouldn’t be Republicans.”

J.D. Vance, a candidate aligned with Mr. Trump’s working-class appeal, fired back: “Why would we increase taxes on the middle class, especially when Apple, Google, Amazon and Facebook pay a lower tax rate than any middle-class American in this room or in this country? It’s ridiculous.”

Even as he denied his plan would do that, Mr. Scott on Thursday was bold in the criticism of his fellow Republicans, who are relying on him to help them win elections this fall. Timidity is “the kind of old thinking that got us exactly where we are today, where we don’t control the House, the White House or the Senate,” he said, adding: “It’s time to have a plan. It’s time to execute on a plan.”