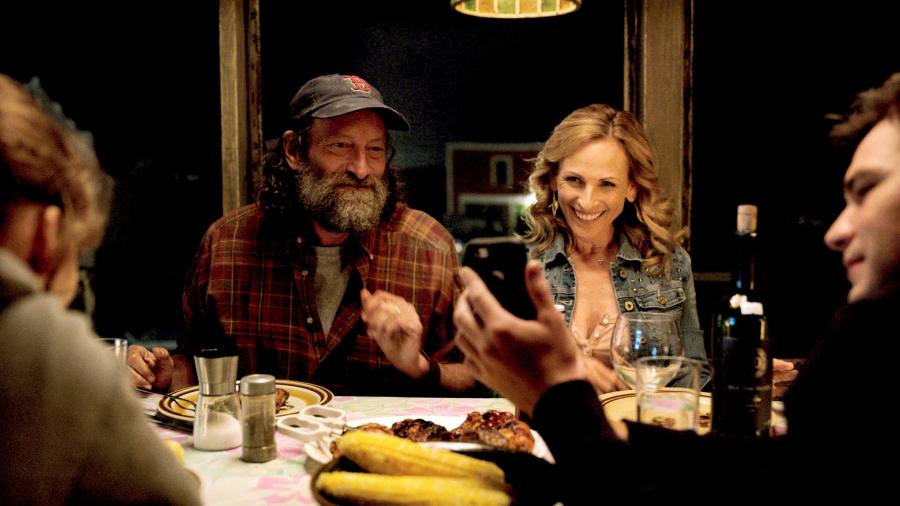 The Oscars’ snubbing of Netflix’s latest attempt to become the first streaming service to win Best Picture will smart all the more after Apple swiped the award, writes Tim Bradshaw.

Netflix’s Power of the Dog had been the favourite to win a historic Best Picture Oscar until just last week when Apple’s CODA — a film about the musical ambitions of a child of deaf adults — appeared to come from nowhere to lead the pack.

As the FT’s man in LA, Chris Grimes, put it in his story last night: “The win by Apple, the world’s most valuable company, will be seen as deeply symbolic in Hollywood.”

Apple bought CODA at the Sundance film festival for a reported $25mn. By some estimates, it spent almost as much again marketing the movie during this year’s awards season, according to Matthew Belloni at Puck, who noted in his prescient Oscar preview: “Netflix and Amazon, after more than a decade of original content, and five years of aggressively throwing hundreds of millions of dollars at lavish campaigns, will have been outplayed by their richer tech rival.”

The Hollywood Reporter’s Abbey White marvelled at just how fast Apple captured the industry’s highest accolade: “I don’t think that I or anyone else could have imagined, when I sat in the audience at Apple’s Cupertino headquarters for the unveiling of Apple’s original content plans on March 25, 2019, that Apple would have a best picture Oscar winner in just three years.”

Apple says that its TV series and films have now notched up 240 wins and 953 nominations, including several for its football comedy Ted Lasso.

For all those awards, it is unclear just how many iPhones — which Oprah Winfrey memorably noted at that 2019 launch event are in “a billion pockets, y’all” — have tuned in to CODA or Ted Lasso. Apple has not released subscriber figures for TV+.

But this isn’t just about eyeballs: there could hardly be a more on-brand movie for Apple than this feel-good family drama with an inclusive message.

Apple’s only disappointment must be that its moment of glory was overshadowed by a rather less wholesome incident between Will Smith and Chris Rock.

1. US and Australia’s joint mission on space and cyber
The US and Australia are boosting security co-operation in both space and cyber to strengthen their position against China, which has invested heavily in these domains. Admiral John “Lung” Aquilino, head of US Indo-Pacific Command, said the nations wanted to accelerate what the Pentagon called “integrated deterrence”, combining all the elements of the military power of the US and its allies.

2. Ericsson shareholders vote on possible Isis payments
Foreign shareholders will vote tomorrow on whether to discharge Ericsson chief executive Borje Ekholm and several other directors from liability at Tuesday’s annual meeting. Norway’s $1.3tn oil fund, a top-10 Ericsson shareholder, and Cevian Capital, a top-5 shareholder in Ericsson, said they would both reject a discharge. The Swedish telecoms equipment maker’s handling of possible payments to the Isis terror group has wiped a third off its share price.

3. Ethical hackers cash in
Hackers who help to highlight vulnerabilities in Big Tech by reporting them to companies such as Google, Microsoft and Facebook have been receiving so-called bug bounties — or rewards — of hundreds of thousands of pounds. The sector is becoming more professional with platforms offering connections to ethical hackers as part of its services, as well as certification and training.

4. South Korea’s webtoons go global
Webtoons are South Korea’s latest cultural export to break out of Asia after the global success of K-pop superstars BTS and Netflix sensation Squid Game. Designed to be read on a phone, the companies behind the cartoons are targeting audiences in the US, Europe and South America.

5. US — China tech race
The new season of the Tech Tonic podcast is kicked off by the FT’s Global China Editor James Kynge who tracks China’s transformation from the manufacturing workshop to battling to become the world’s global tech superpower. Ethnic Chinese scientists working in the US have found themselves ensnared in this rivalry, including US-based physics professor Xiaoxing Xi, wrongly accused of industrial espionage, amid accusations that China’s tech prowess has been built on the theft of US innovation.

The Edifier MP230 is a portable Bluetooth speaker designed to blend in with your bookshelf. Inspired by vintage radios, its classic design features buttons based on piano keys. Despite its small size, the bronze speaker has two-48mm full frequency driver units, allowing for powerful volume, crisp sounds, and deep bass. Phones can be connected via Bluetooth or an AUX cable, or you can load songs using a sound card. The MP230, which sells for $99 in the US, will be available to buy in the UK this Spring.