Chip tool woes and a new kind of space race 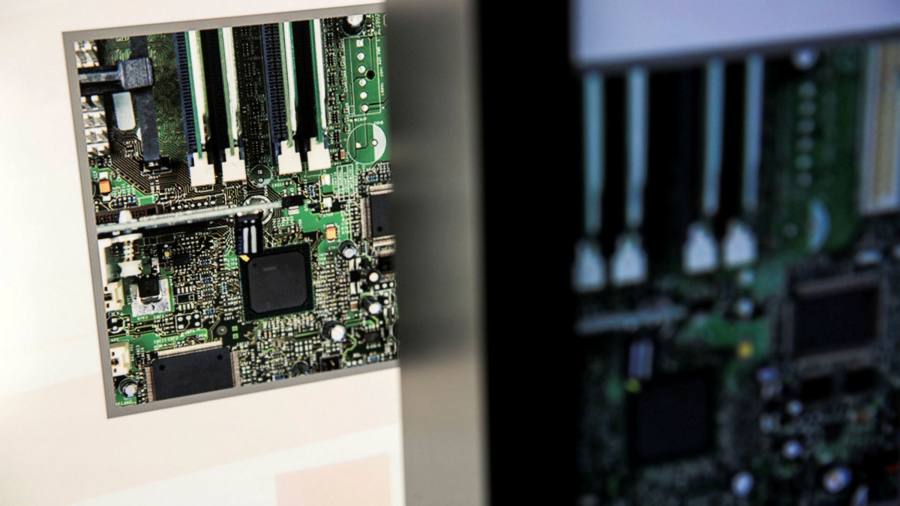 Hello from Taipei! This is Cheng Ting-Fang, covering tech and the semiconductor supply chain for Nikkei Asia.

This is the first week of our revamped #techAsia newsletter, brought to you with our partner the Financial Times. We are looking forward to bringing you the inside scoop on the tech stories that matter to Asia, the world and you, our readers.

My fellow tech correspondent here Lauly Li and I have seen the industry change dramatically in just a handful of years, from the Washington-Beijing tech trade war to the unprecedented disruption of the COVID-19 pandemic and subsequent chip shortage. More recently, the war in Ukraine is exposing even more choke points in the global supply chain.

Technology touches everyone’s lives, and as a whirlwind of changes continues to shake the industry, we will be here to help you make sense of it.

In the pre-pandemic days, chipmakers could pick up legacy lithography machines or precision testing equipment in 6 months or less. Now the wait is a bruising year and a half for some equipment.

Just how worried are chipmakers about these growing delays? This is what one industry executive says:

“Chipmakers like TSMC and UMC have told their senior executives to jump on a plane and visit all their key equipment suppliers in the US, Europe and Japan to avoid any of their rivals getting the machines ahead of them, and to personally make sure their equipment vendors are not lying to them about the lead times.”

Pretty worried, in other words.

For the handful of equipment makers able to provide these ultra-specialised machines — Applied Materials, ASML, Lam Research, KLA — the irony is that business is booming like never before. But they are struggling to take full advantage because they can’t churn out these machines fast enough.

If this scenario sounds familiar, it is because history does repeat itself, sometimes sooner than expected. At the end of 2020, a surge in demand coupled with constrained supplies sparked a global chip crunch that eventually spread from cars to smartphones, routers and washing machines.

The twist this time is that the shortage is reflecting back on to the chip industry itself — and no one knows if it will be resolved before consumers’ appetite for electronics, autos and appliances starts to cool.

South Korea was one of Asia’s leaders in the race to roll out 5G mobile coverage. Mobile operators invested billions in infrastructure, and the promise of cutting-edge, if not outright futuristic, smartphone applications spurred a minor wave of subscriptions.

But that was then. Now, a dearth of exclusive 5G content and services has some wondering what all the fuss was about, writes Nikkei’s Kotaro Hosokawa in Seoul.

In the fast lane

AutoX’s founder and CEO Xiao Jianxiong boasted in February that his company had grown its number of self-driving cars to 1,000, which they estimated was larger than Alphabet-owned Waymo’s or the Chinese search engine giant Baidu’s Apollo’s fleet. It was a big milestone for a little-known Chinese autonomous vehicle start-up founded just six years ago and which doesn’t appear to have much in the way of major funding.

But AutoX is nothing if not bold, as the FT’s Eleanor Olcott writes. According to former company employees, Xiao ordered engineers to turn off all safety features on a demonstration drive at the 2019 Las Vegas CES trade show. This meant the driver would have been unable to take the car — carrying press and potential investors — out of autonomous mode in the event of an emergency. Three months later, AutoX raised $100mn from a consortium of Chinese groups.

AutoX did not respond to requests for comments on the test ride, but Xiao told the FT in an unrelated February interview that safety was his “highest priority.”

Will ambitious moves and aggressive development keep paying off for AutoX? Or will regulators in Nevada and California decide its time to pump the brakes on the use of their public streets as testing grounds for self-driving?

“Space” and “grassroots” are not two words that often go together. But in Oita, in western Japan, the race for the stars starts at home. The prefecture, better known for its hot springs, is making a collective push to become a spaceport. The idea is to tap the burgeoning market for private rocket launches.

The mood in Oita is infectious, Nikkei Asia reporter Mitsuru Obe found on his recent visit. Everyone from elected officials to business to high schoolers was working to promote their town as the go-to destination for companies wanting to put satellites in space.

But Oita is not alone in its starry-eyed ambitions. Some 35 sites across Asia are also in the spaceport race, and sceptics question whether there is enough demand to go around.

#techAsia is co-ordinated by Nikkei Asia’s Katherine Creel in Tokyo, with assistance from the FT tech desk in London.

Sign up here at Nikkei Asia to receive #techAsia each week. The editorial team can be reached at [email protected]