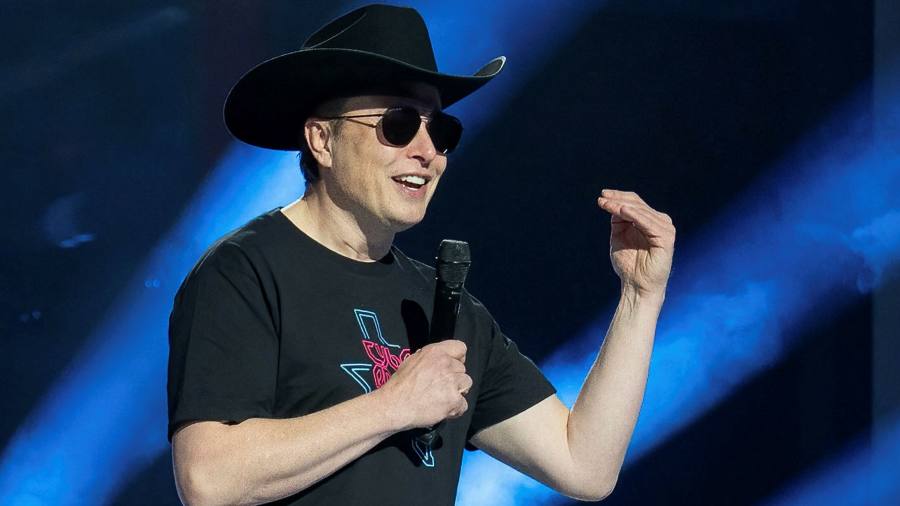 Elon Musk has made an offer to buy Twitter with a bid that values the company at $43.4bn, vowing to “unlock” the potential of the social media platform by taking it private.

Musk’s offer of $54.20 a share comes days after he took a 9 per cent stake in the company, becoming its largest shareholder but rejecting an invitation to join its board.

The move would transform the tech entrepreneur into a new media baron, able to set the future direction of a platform where he has 80mn followers and through which he has pursued personal vendettas and promoted his agenda.

The entrepreneur announced the offer on Thursday in a filing with the US Securities and Exchange Commission.

In a letter to the company’s board, attached to the filing, Musk said he had invested in the platform, of which he is an enthusiastic user, because he believed in its potential to be “the platform for free speech around the globe”.

However, he added that since making his investment he now realised the company would “neither thrive nor serve this societal imperative in its current form”.

“Twitter needs to be transformed as a private company,” he wrote.

I made an offer https://t.co/VvreuPMeLu

Musk said his offer represented a 54 per cent premium over the day he began investing in the company and a 38 per cent premium to April 1, three days before his stake building became public.

However, he hinted that he could walk away if the deal fell through.

“My offer is my best and final offer and if it is not accepted, I would need to reconsider my position as a shareholder,” Musk wrote. “Twitter has extraordinary potential. I will unlock it.”

Shares rose more than 11 per cent in pre-market trading to about $51.

Twitter said its board “will carefully review the proposal to determine the course of action that it believes is in the best interest of the company and all Twitter stockholders”.

The bid comes following a whirlwind few days for the company that has shaken its leadership and its staff.

Musk acquired his shares on March 14 but did not publicly report the stake until April 4, exceeding the 10-day limit that federal trade laws require investors to notify the SEC.

After the news broke of Musk becoming Twitter’s largest shareholder, the company’s shares rose 27 per cent. A day later, Twitter’s chief executive Parag Agrawal announced that Musk would be joining its board of directors. “Through conversations with Elon in recent weeks, it became clear to us that he would bring great value to our Board,” he said at the time.

Musk reversed course on Monday and said he would not be joining the board after all, having spent the weekend critiquing the platform and suggesting new features, in a series of tweets that have since been deleted.

One tweet that Musk has “liked” on the platform suggested that Elon “became the largest shareholder for Free Speech” and “told to play nice and not speak freely”.

Tesla’s chief executive has previously used Twitter to announce his intentions to take the electric car maker private in 2018 in a post that said: “Am considering taking Tesla private at $420. Funding secured.”

The proposal was abandoned just weeks later, after discussions with shareholders.

Musk and Tesla paid a penalty to the SEC in a settlement after being accused of securities fraud over the post. A company lawyer is now required to approve any tweets from Musk containing information material to Tesla — a ruling he is trying to quash.