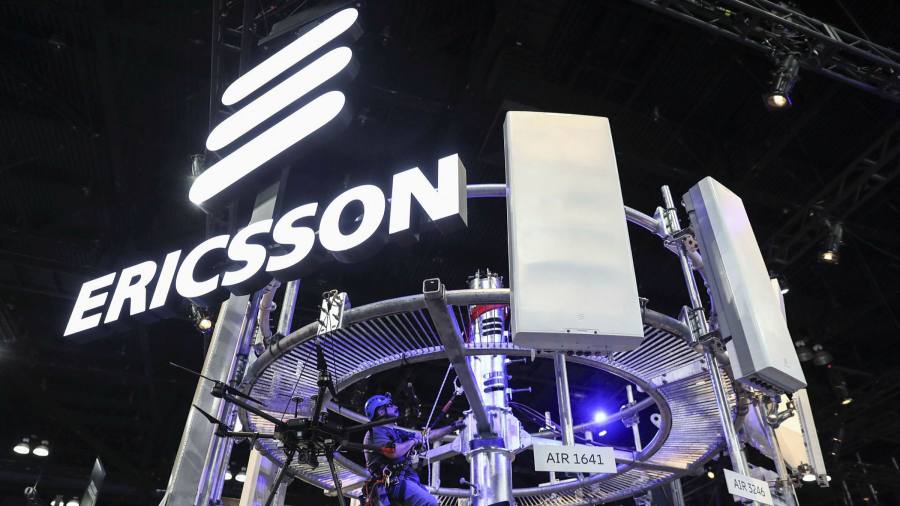 Ericsson has indefinitely suspended all activities at its business in Russia, the Swedish telecoms equipment maker said on Monday, as it seeks to distance itself from a country accused of war crimes in Ukraine and defend itself against the possibility of contravening European sanctions.

“Ericsson is engaging with customers and partners regarding the indefinite suspension of the affected business,” the company said. “The priority is to focus on the safety and wellbeing of Ericsson employees in Russia and they will be placed on paid leave.”

The company has also put aside a SKr900mn ($95mn) provision for possible losses that the termination of its Russian business activities could incur. Ericsson has roughly 600 staff in Russia and supplies telecommunications kit to some of the country’s largest network operators. Russia and Ukraine account for less than 2 per cent of Ericsson’s global sales.

Companies with a presence and customer base in Russia have been wrangling over how to protect themselves from reputational damage caused by continuing to operate in the country since its invasion of Ukraine at the end of February. Legal teams at firms with ongoing supply agreements to major Russian companies have also spent the last few weeks poring over new sanctions regulations to try to determine whether they can continue operating some parts of their business and paying local staff.

Ericsson and Finnish rival Nokia both temporarily suspended deliveries to Russia six weeks ago in order to comply with sanctions. The move by Ericsson on Monday is an acknowledgment that business operations will not be able to resume in the country for a significant length of time.

Nokia and Ericsson each account for roughly 20 to 30 per cent of the market for wireless network equipment in Russia, according to market research company Dell’Oro, with Chinese groups Huawei and ZTE controlling the rest.

After years of consolidation, these four companies dominate the market for networking equipment globally and their retreat from Russia is likely to present serious obstacles to Russian telecoms groups’ ability to upgrade and repair infrastructure.

It is unclear whether the Chinese state-backed companies will seek to plug the gap afforded by the exit of their European rivals. Huawei is eager to grow and diversify its revenue streams after it was hit badly by strict sanctions in the US last year and is in the process of having all of its equipment removed from UK network infrastructure.

However, ramping up supplies to Russia would also come with risks. Under new export controls imposed by Washington, any equipment containing US chips, or produced using US machines and technology, needs government sign-off to be shipped to Russia. Any company contravening these rules would be likely to face even harsher sanctions from the US.

Shares in Ericsson were down 1.6 per cent to SKr90.68 in lunchtime trading on Monday.