From punchline to deal in under 2 weeks: how Elon Musk won his Twitter prize 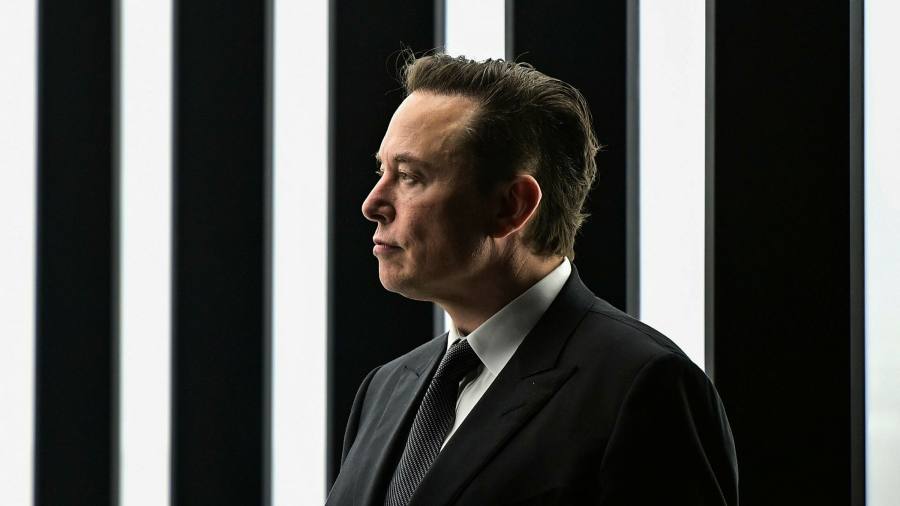 Just 12 days ago, some of the most experienced operators on Wall Street and in Silicon Valley privately dismissed Elon Musk’s offer to buy Twitter for$44bn as nothing more than a gimmick.

But on Monday, the world’s richest man pulled off a stunning victory, winning unanimous support for his takeover approach from Twitter’s board after putting his personal wealth on the line to underpin $33bn of the deal’s financing.

One banker who has led several hostile acquisitions in Silicon Valley said it ultimately turned into “a very prosaic process”, as Twitter’s directors succumbed to an offer that some of the company’s biggest shareholders urged them to accept. But the sheer speed of the deal, along with Musk’s use of his personal wealth and ability to harness outsized attention — including on Twitter’s platform itself — made it unlike any deal of its size before.

The Financial Times spoke with several people with knowledge of how Musk, in a tumultuous process that lasted less than two weeks, persuaded Twitter’s board that what he had from the outset called his “best and final” offer was a deal worth taking.

Doubts over Musk’s intentions were widespread after the surprise disclosure of his takeover plan on April 14, just days after he said he wanted to be nothing more than a passive investor in the company.

“I don’t think he was serious at the beginning,” said Roger McNamee, a veteran Silicon Valley investor. Without financing in place or a clear plan for what he would do after he owned the company, other than vague promises about free speech, Musk’s approach looked characteristically hasty, McNamee said.

Adding to that disbelief was the memory of Musk’s infamous “funding secured” tweet in 2018, when he said he had a deal to take his electric vehicle company Tesla private but ​​was later charged by the US with securities fraud for misleading the market.

At first, a search by Musk’s advisers for private equity investors to provide financial firepower threatened to slow his momentum as some of the biggest groups ruled themselves out, people involved in those talks said.

The adoption of a poison pill by Twitter’s board also appeared to set up an extended cat-and-mouse game that often takes months to play out.

People close to Twitter’s board said the directors never intended to block Musk from a negotiated deal to acquire the social media company, but wanted to stop the Tesla chief from buying it on the cheap.

Late last week, Musk went public with the financial commitments needed to take Twitter private, much of it backed by his personal wealth. Along with a promise to put down $21bn of equity, he also sought to use part of his Tesla stake for a $12.5bn margin loan that he will remain responsible for, resulting in a personal interest payment of more than $400mn a year.

Morgan Stanley, the Wall Street investment bank, was instrumental in helping Musk line up the financing at breakneck speed, according to people close to Musk and Twitter’s board. The lender contacted rivals on Easter Sunday, when some bankers were on holiday with family, and told them they would need to commit by Wednesday, the people added.

Chief executives at some lenders were quickly briefed on the discussions so they could decide if their banks would join in financing Musk’s deal, people involved in the negotiations said. Morgan Stanley’s leveraged finance team, led by banker Andrew Earls, held a series of due diligence calls on the takeover, codenamed Project X, people briefed on the calls said.

“The whole street was running around like crazy,” said one banker involved in the deal.

In the end, seven banks agreed to finance $13bn of traditional loans, with another five joining forces to finalise the $12.5bn margin loan. For many, the loan secured against Musk’s Tesla shares was the easiest part of the transaction to get on board with, given Musk’s wealth and that Tesla stock trades at a furious pace.

The value of Tesla shares traded on any given day often dwarfs the next most actively traded stock in the US, including Apple, chipmaker Nvidia and Amazon. That liquidity gave bankers comfort: in a potential crisis in which Musk defaulted, lenders believed they could sell enough Tesla stock in the open market — even while it was falling in value — to be made whole on the loan.

Most importantly, it was the $21bn of equity that Musk promised to commit personally that turned the tide and led banks to scramble for a piece of the action. “Everyone did the careful analysis around it, but at the end of the day it’s the equity cheque. There’s never been an equity cheque like this,” one person involved in the sale negotiations said.

By the end of the week, Musk’s determination was changing minds. The 38 per cent premium his offer represented started to look especially attractive as a stock market sell-off hit other tech stocks. A hasty round of personal pitches by Musk to some of Twitter’s large investors on Friday helped move things along.

“The board’s concerns around financing were allayed and the shareholders decided that it was in their best interest to advocate for this transaction,” said a person with direct knowledge of the matter.

Several large shareholders called members of Twitter’s board on Friday and Saturday to press directors to take Musk’s offer seriously, said people briefed on the conversations. Although Twitter’s share price hit an all-time peak of almost $80 during the pandemic as consumers spent more hours on the platform, many big investors had acquired the stock when it was trading at about $20.

On Sunday, Musk communicated directly with Twitter’s chair Bret Taylor, allowing them to set the tone and guidelines to reach an amicable agreement, with protections and guarantees in place to safeguard shareholders.

In a board meeting that started late on Sunday and went through the night, Twitter’s directors instructed its advisers at JPMorgan Chase and Goldman Sachs to put the finishing touches to the agreement with Musk. In addition to Morgan Stanley, the Tesla chief executive was advised by Barclays and Bank of America.

Musk still has several matters to resolve, the biggest being how he will finance the $21bn cash component of the offer. People close to the billionaire said he had yet to make a final decision but was fully aware that he was on the hook and was ready to sell shares in his electric vehicle maker if needed.

In the meantime, he is talking with other potential investors about joining him, those people added. Whatever the outcome, it will be Musk who will be calling the shots if the 50-year-old finishes what he started and becomes the mayor of what he has called the world’s “de facto public town square”.