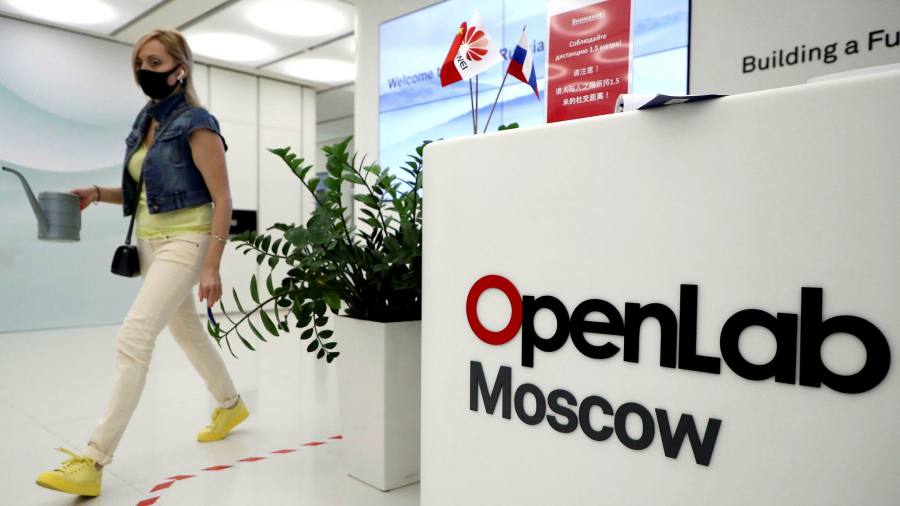 The last time western sanctions hit Russia after it annexed Crimea, President Vladimir Putin turned to Huawei to rebuild and upgrade the territory’s communication infrastructure. Now the controversial Chinese technology company is positioned to aid the Putin regime on a much larger scale, despite the threat of Washington hitting it with more sanctions.

In Crimea, Russia “ripped out western telecom gear in the heavily militarised territory and replaced it with Huawei and ZTE”, said Hosuk Lee-Makiyama, a telecoms expert at the European Centre for International Political Economy. If Nokia and Ericsson do fully exit Russia, Moscow would “need Chinese companies more than ever, especially Huawei”, he said.

Despite an initial plunge in phone shipments, Huawei has been an early winner from the Ukraine war. Its phone sales in Russia rose 300 per cent in the first two weeks of March, while other Chinese brands Oppo and Vivo also recorded triple-digit sales increases, according to analysts at MTS, Russia’s largest mobile operator.

Its four Russian research centres are recruiting dozens of engineers, including machine learning scientists in Novosibirsk, speech recognition researchers in St Petersburg and big data analysts in Nizhny Novgorod. Huawei has also added new sales and business development openings in Moscow since the invasion of Ukraine began, according to its website.

But experts say Chinese tech companies such as Huawei and rival Xiaomi risk violating sanctions if they keep shipping phones and telecoms gear to Russia. They need sign-off from Washington because the electronics often contain high-end semiconductors or are made with US tools, making them subject to new sanctions on Moscow.

Huawei could be hit with more sanctions from Washington — such as Trump’s order to ban ZTE from accessing any technology connected to the US — that would deliver another big blow to the Chinese company’s operations.

“My bet would be it’s impossible for [Huawei and other Chinese phonemakers] to export legally to Russia,” said Kevin Wolf, a former commerce department official and sanctions expert.

“It is theoretically possible that [Huawei] has been able to figure out how to make a cell or base station without US tools, software etc. But it’s hard to believe they would be able to find all the [semiconductors] that were not made with US tools.”

Huawei has been working to wean itself off the US semiconductor supply chain since American sanctions introduced by the Trump administration cut its access to chips. Guo Ping, the company’s rotating chair, told reporters on Monday it was relying on a stockpile of chips. He added that Huawei was working to redesign products to bypass the US supply chain by getting equivalent performance out of less advanced chips.

The sanctions have been most damaging to Huawei’s chip-heavy smartphone business, causing its consumer product revenue to shrink 50 per cent last year, the company said on Monday. Huawei’s total revenue last year fell 29 per cent year on year to Rmb636.8bn ($100bn), buoyed by roughly flat sales in its telecoms and enterprise business lines.

Huawei’s heir apparent Meng Wanzhou, who recently returned to China after almost three years of detention in Canada over alleged breaches of sanctions against Iran, said Huawei teams “have been under a lot of pressure over the past few years”.

“This has made us more united and has made our strategy more clear,” she said.

Russia needs Huawei. Apple and Samsung’s retreat has put half the smartphone market up for grabs, while Ericsson and Nokia’s suspension of their Russia business has left a hole in the supply of telecoms equipment for broadband and mobile network infrastructure that will need to be maintained and eventually upgraded.

Russia was Huawei’s first foray into foreign markets more than two decades ago and sanctions have deepened the relationship, with Huawei finding a willing buyer of network infrastructure that is increasingly shunned in western capitals and a deep pool of engineering talent. As with Crimea, when Russia needed a dependable company to supply the hardware backbone of a new sanction-proof national payment system, called Mir, it turned to Huawei.

Huawei had already won a significant portion of the contracts to roll out 4G and 5G networks in Russia, said analysts. Huawei and Chinese peer ZTE control roughly 40 to 60 per cent of the market for wireless network equipment in Russia, according to market research company Dell’Oro, with Nokia and Ericsson making up most of the rest.

Opportunities for Huawei may also lie in sharing its sanction-proofing projects with Russia, including the Harmony operating system developed for its phones after losing access to Google Mobile Services.

Vladimir Puzanov, chief executive of Russian phonemaker BQ, last week told Russian media that the company was looking at installing HarmonyOS on new devices. Huawei said it did not have plans at present to “launch or to promote HarmonyOS outside China”.

Video: China, Russia and the war in Ukraine

“Huawei has a huge share of the Russian market . . . and right now the current sanctions are already like a 200-pound weight on their head, so what’s scary about another 20 pounds?” said Yang Guang, a Beijing-based analyst at tech consultancy Strategy Analytics. “Still, as a commercial organisation, they will probably wait and see for the time being.”

Washington is watching Huawei closely. Matthew Borman, an export official at the US Department of Commerce, on Tuesday threatened Chinese companies bypassing Russia sanctions with a “complete prohibition [of] not only trade but any transaction” or even “a denial order . . . like the one we imposed on ZTE”.

Borman said Washington had granted a significant number of export licences for foreign suppliers to keep selling to Huawei, but that those could be revoked.

Huawei’s Guo said the company was “carefully evaluating” the new sanctions. Huawei declined to answer further questions about its plans in Russia.