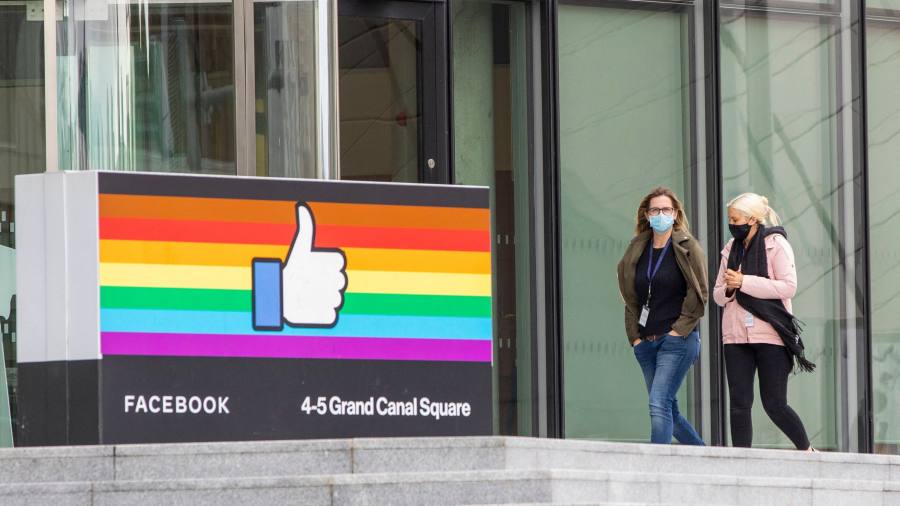 Ciara Smyth, a strategic human capital consultant, returned to Ireland in 2016 after 20 years in the US and UK. And she recalls, at that time, a middle-aged white male client with his own tech company and two women on the board, organising a team-building exercise. “It was a golf outing!” she sighs. “I thought: ‘are we in 1981?’”

Today, a female tech executive among her clients openly blocks off time on the company calendar for the school run. In the past, ambitious Irish mothers had to shun such activities to get ahead.

Now, though, diversity, equality and inclusion are key features of corporate life in a country that has changed, socially, beyond recognition in under a decade. Take, as evidence, the legalisation of same-sex marriage in 2015 and abortion in 2018.

Meanwhile, Leo Varadkar — gay and of Indian heritage — is about to begin his second spell as prime minister.

The technology sector in Ireland — European home of giants Google, Meta and Amazon — has helped to import a diversity mindset that has enriched corporate life just as booming tech industry taxes have swelled state coffers.

“The tech industry has always been an early adopter,” says Daniel Corcoran, global strategy and operations vice-president of online recruitment company, Indeed. “Many in Ireland view tech companies as attractive employers . . . Other industries want to emulate that.”

Disability campaigner Sinéad Burke, who founded Tilting the Lens, an accessibility and inclusion consultancy working with businesses from tech to luxury fashion, says there is progress to learn from.

“Ireland is often a wonderful case study to be able to engage initiatives . . . and then see what are the ways you can measurably scale them.”

The number of women in tech leader roles is one metric. According to the 2022 Digital Leadership Report by recruitment and professional services company Nash Squared, 18 per cent of tech leaders in Ireland are women, up from 12.5 per cent last year and ahead of 14 per cent globally.

“Ireland is punching well above its weight in terms of female talent in the tech sector,” says Stafford Bagot, a partner at headhunters Heidrick & Struggles.

Tech teams in Ireland are 27 per cent female, against a global 23 per cent. “There’s been a conscious effort to move the dial,” says Bev White, chief executive of Nash Squared, which finds that, of new tech hires in Ireland, 28 per cent are women, the same as globally.

In 2015, Frontline Ventures, a fund specialising in business-to-business financing for early-stage entrepreneurs, began tracking how many of the tech companies it invested in were founded by women. At that time, only 6 per cent of its portfolio had female founders. This year, it is on track to be above 30 per cent, says William McQuillan, a Frontline Ventures founder and partner.

Tech ventures with non-white founders account for 15 per cent of its portfolio — a rise from 10 per cent in 2018 — well ahead of the national average in a country where only 8 per cent of the population is non-white, according to the most recent official data.

Karen Church, vice-president of research and data science at Irish-founded software company Intercom, had been astonished to find the diverse groups she enjoyed at university evaporated when she finished her PhD. “It was only when I left that I realised, ‘where have they all gone’?”

So, in 2017, Church founded Her+Data, a community for women in, or aspiring to be in data, science and coding. She had come home after years working in California to find such fields in Ireland still very male-dominated and wanted a way for women to meet up and mentor each other as she had seen in the US. “It has allowed more women, or people aspiring to data roles, to connect and see role models,” she says. “We had tens at first, now we have close to 1,000 members.”

Some challenges are gaining much-needed attention, notes Áine Maher, a mental wellbeing, diversity and belonging consultant working with tech clients. “Lately, there’s been a real surge around neurodiverse inclusion,” she says, referring to the recognition that people interact with the world around them in different ways due to variations in the brain and cognition.

Focusing on inclusion, where people feel they are accepted without having to conform, is the way to keep employees — particularly younger generations — happy and engaged, she adds.

“Diversity drives recruitment. But inclusion is what really drives retention in the war on talent, when you have Gen Z staff jumping around between companies.”