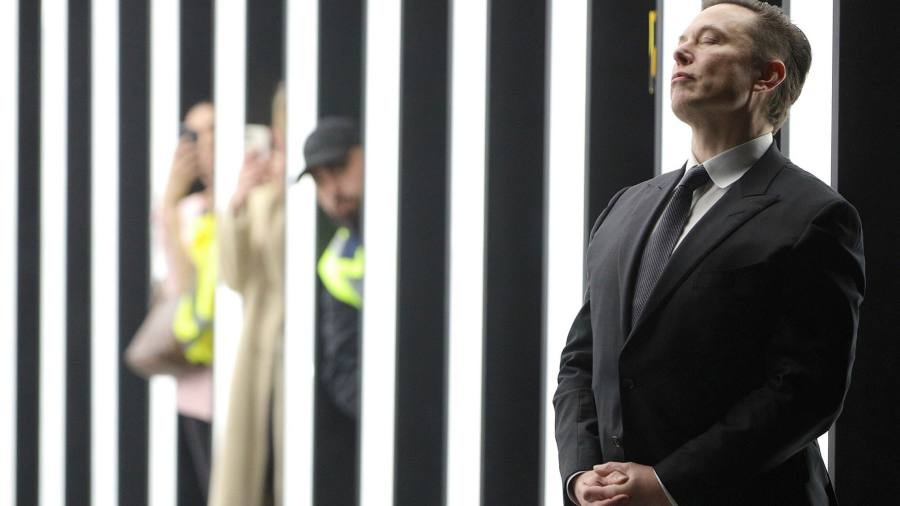 @SECGov: #thoughtsandprayers. The US markets watchdog will have its work cut out now that its persona non grata, the billionaire Tesla boss and libertarian “free speech absolutist” Elon Musk, has become the largest shareholder in Twitter and a board member. Musk’s tweeting of what is arguably market-moving company information has sparked the scrutiny of the Securities and Exchange Commission at least twice before. That one of the loudest and most controversial voices in Twitter’s “town square” could now help to control it should prompt concern at the SEC, and more widely.

On the face of it, for Twitter to have a board member who is not only a prolific user, with 80.9mn followers (Twitter’s daily average users totalled 217mn in 2021), but also a vocal critic of its product is no bad thing — even if he did recently portray its new CEO, Parag Agrawal, as Joseph Stalin in a satirical tweet. Musk has agitated for changes to Twitter’s interface that seem to have popular support (he polled his followers to ask). These include allowing users to edit tweets; a function that Twitter says is now in development, despite years of internal debate. Expectations that a disrupter like Musk will catalyse positive changes at Twitter, which has been criticised for being slow to innovate, are one reason its share price rose by nearly 30 per cent on the news of his investment.

Another of Musk’s bugbears is the increased moderation that Twitter has imposed in recent years following criticism for allowing too much hate speech and misinformation. The company has taken a more aggressive stance in banning accounts, most notably that of Donald Trump. But moderation has arguably tipped into censorship. Instead, Musk seems in favour of throwing open the algorithms that control the feed that users see; an idea Twitter is also considering.

Making the underlying code accessible, so users can control what they see, would be a revolutionary move for a social network. It could improve users’ experience on the platform and potentially boost engagement — a key metric on which tech companies are judged. But whether it will actually help Twitter make money is another question: an unmoderated free-for-all is unlikely to attract advertisers alongside potentially toxic content.

But while Musk’s tech savvy and contrarian nature could be a boon to Twitter, they could easily be a liability when political and regulatory headwinds against Big Tech are building. He is skilled in using the medium to advance his vast business interests at both Tesla and SpaceX, and to take on his critics, including the SEC. Even the timing of the announcement of his 9.2 per cent stake was questionable: the official filing on April 4 was well after a 10-day deadline triggered when he surpassed a 5 per cent threshold on March 14. In the time that his true shareholding remained undisclosed, he polled followers on whether Twitter’s algorithm should be open-source and whether the platform adhered to free speech. Lobbying his followers about Twitter’s model has new meaning when read in the context of Musk quietly building up the largest stake in the company at a lower price than when his interest was made public. Musk’s tweet on April 4 simply read: “oh hi lol”.

Musk is not unique in being a tech billionaire with a media interest — Jeff Bezos, Amazon founder and Washington Post owner, is the most prominent other example. But traditional media have strict policies separating editorial content from the commercial interests of their owners. Twitter must now do something similar — it is likely to take more than 280 characters.