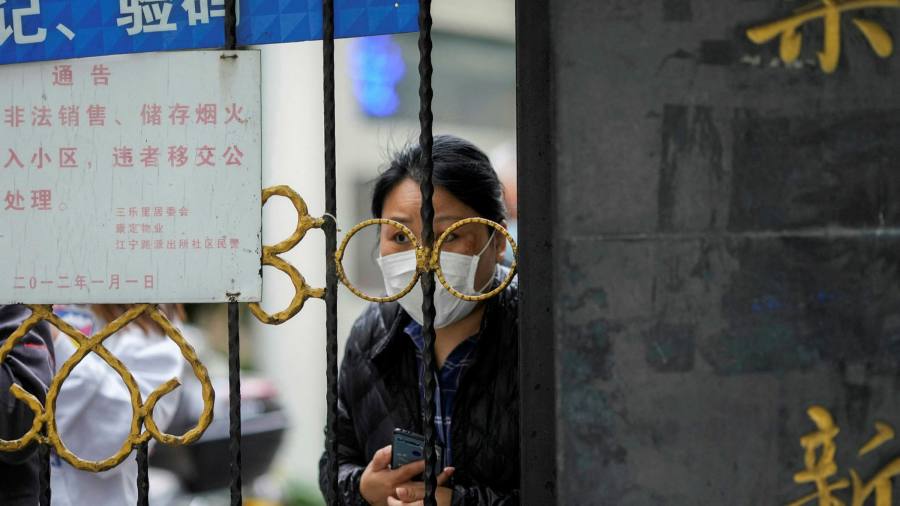 One of the world’s largest electronics manufacturing hubs near Shanghai is grinding to a halt, aggravating China’s economic worries and exacerbating disruption to global supply chains.

Dozens of producers of crucial electronic components on Wednesday halted production at their factories in Kunshan, a city close to Shanghai. Companies and analysts said the shutdown was unavoidable after lockdown rules initially applied only in Shanghai were extended to Kunshan.

“The situation in Kunshan changed overnight. While factories there could previously operate under so-called ‘static management’, they are now switching to a system like in Shanghai, where individual areas are categorised as closed, restricted or protected depending on when they registered infections for the last time,” said Patrick Chen, head of research at CLSA, a brokerage, in Taipei.

The production disruptions have heightened risks for China’s slowing economy. On Monday, Premier Li Keqiang warned for the third time in a week of the dangers that pandemic control measures posed to the economy.

Official data showed new cases reached a record high in Shanghai on Tuesday after falling a day earlier. There were 26,330 positive cases in the city, which is under a vast lockdown in a bid to halt China’s worst outbreak of the virus in two years.

Authorities laid out a blueprint for easing some measures by allowing residential compounds with no cases over the previous fortnight to reopen. But lockdown restrictions remain in place across large portions of China’s largest city, where residents have complained of difficulties in ordering food online. The US state department this week ordered non-essential consular staff to leave Shanghai.

The lockdown has also affected trucking companies, sparking warnings of a deeper impact on global trade. Shanghai port, however, has remained operational through a so-called closed-loop system, where workers remain on site.

Economists at Nomura estimated that 45 cities and 373mn people in China were under full or partial lockdown, compared with 23 cities and 193mn people a week ago.

In a sign of growing pressures on trade, imports into China fell in dollar terms in March on a year-on-year basis for the first time since August 2020. Exports rose 15 per cent.

Production delays in the electronics industry make it just the latest sector to be hit by the restrictions. Electric carmaker Nio said over the weekend that suppliers in Shanghai and elsewhere had halted production and that it would suspend deliveries.

WUS, a leading printed circuit maker, said two of its Kunshan-based subsidiaries had suspended production. LCD backlight manufacturer Coretronic announced a week-long production stop at its Kunshan plant, while Wise Pioneer, a supplier of machinery for making electronics products such as flat screens and lenses, said it was extending a production halt for another week.

Contract electronics manufacturer Pegatron, which assembles some iPhone models for Apple, suspended production at two plants in Shanghai and Kunshan on Tuesday.

“Even if some companies are allowed to continue production, their utilisation rates have fallen to between 40 and 60 per cent. Raw materials can’t be moved in and finished products can’t be moved out,” Chen said.

Analysts expected supplies of printed circuit boards, a component used in almost every electronics gadget, as well as of casings for smartphones and laptops, would be affected most by the factory shutdowns.

The impact on Apple was expected to be limited because demand for the iPhone models Pegatron assembles, the 13 mini and the SE3, have been sluggish and production for the iPhone 14 was only set to rise late in the third quarter.