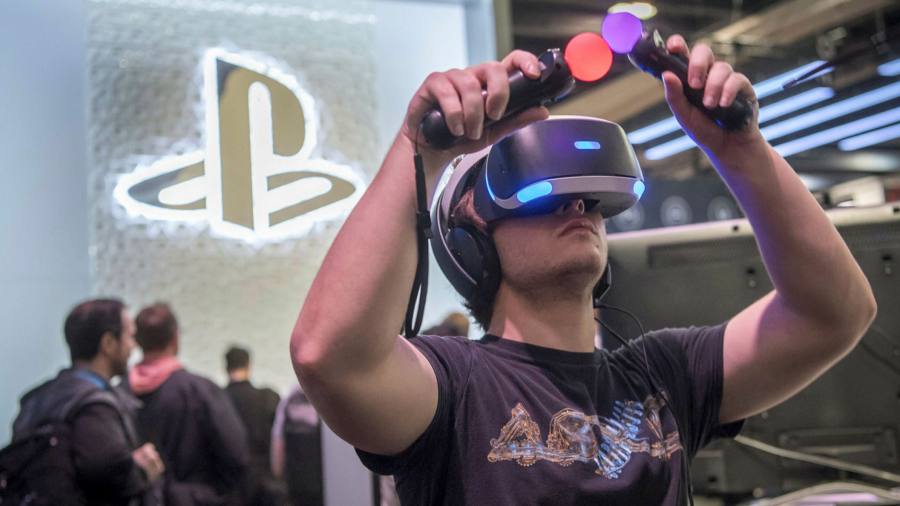 This article is an on-site version of The Lex Newsletter. Sign up here to get the complete newsletter sent straight to your inbox every Wednesday and Friday

There is more than meets the eye to Sony’s growing commitment to gaming software maker Epic Games. Sony is investing an additional $1bn in Epic, the US developer of the blockbuster Fortnite.

The Japanese maker of the PlayStation game console already has good reason to be attracted to Epic’s game portfolio. Interest in the gaming sector is rising as more companies from different industries stake a claim in the metaverse — a network of virtual spaces where people connect online.

The funding from Sony has been matched with another $1bn by Kirkbi, parent company of the Lego Group.

This is Sony’s third investment in Epic in less than two years. That brings the total Sony has put into the company to $1.5bn, a stake of about 5 per cent. This latest financing, Epic’s biggest so far, values it at almost $32bn, an increase of about a third since its funding round in July 2020.

Epic does not need the cash. It has a seemingly bulletproof stream of revenues from its blockbuster games. It also receives royalties from the world’s biggest game makers, which licence its graphics software, the Unreal Engine.

On the other hand, Sony lags behind global rivals in the shift to online gaming and the metaverse. Epic has a strong presence in the online gaming market. Its offering complements that of Bungie, the developer of the hit online game franchise Destiny, which Sony is acquiring.

But, more importantly, Epic’s Unreal Engine has capabilities that perfectly complement Sony’s businesses. This technology could slash costs for Sony across its music, movies and games businesses.

Despite its name, the games graphics engine produces some of the most realistic gameplay available today. The software, first developed for early first-person shooter games, is now the most popular graphics engine in the industry. Renowned for technology that can adjust the lighting in gaming graphics in real time, Unreal Engine works on all types of platforms: consoles, mobile and virtual reality.

In recent years, the music industry has employed this software to make virtual concerts realer-than-real. This looks a perfect fit for Sony, which has set up a new subsidiary — Sony Immersive Music Studios — to focus on realistic music experiences using technology. During the pandemic, Sony Music Entertainment used Unreal Engine to recreate the Sony Hall concert venue in New York for live online performances.

In films, another one of Sony’s core businesses, the software now has more influence than ever. It can create virtual sets able to track a camera’s motion while updating scenes in real time. This produces results more realistic than scenes filmed with the widely used chroma key technology.

Critically, because the visuals are created within the graphic software, not filmed by a camera, the same content can be easily transformed for use in other genres, such as games and interactive VR platforms. This could cut production costs for Sony’s games, music and films.

Demand crops up in an unexpected area. Harmful content on apps in the VR world has already raised concerns about children accessing content such as virtual strip clubs. The need for a more child-friendly metaverse opens up opportunities for both Sony’s anime business and the Lego Group’s content.

Realising all this potential will take a while. The more pressing concern for Sony is to reverse lower than expected PlayStation 5 sales. It has had to cut its gaming revenue forecast for this financial year because of supply chain disruptions. That does not bode well for its metaverse dreams and the launch of its next-generation PlayStation VR, rumoured to be delayed to next year.

Worse, augmented reality and virtual reality technology that use multiple ultra-high-resolution displays and eye-tracking devices require the most advanced semiconductors — which have long been in short supply.

Glittering — and realistically lit — prizes await Sony in the metaverse. Bringing its hopes to fruition is where the real and unreal collide.

If you would like to receive regular updates whenever we publish Lex, do add us to your FT Digest, and you will get an instant email alert every time we publish. You can also see every Lex column via the webpage

FT Asset Management — The inside story on the movers and shakers behind a multitrillion-dollar industry. Sign up here