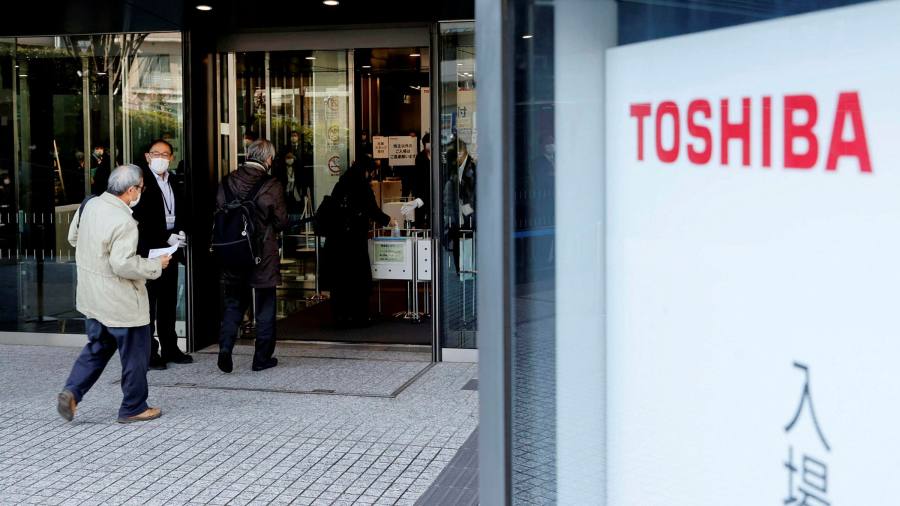 It speaks volumes that Toshiba’s largest shareholder has agreed to sell its 10 per cent stake to Bain even before a buyout price has been agreed. Any price the US private equity group offers would apparently be better than the current market value. Bain is one of few remaining options for the Japanese group to rid itself of a steep, persistent conglomerate discount.

The shares gained 6.5 per cent on Friday, valuing the Japanese electronics conglomerate at more than $17bn after Effissimo Capital backed Bain’s buyout plan. That support increases the chances of a deal, which would be Japan’s biggest ever buyout. In contrast, the stock had moved little after management announced proposals to bifurcate the 150-year-old group, which makes everything from radios to heavy equipment.

There was good reason for Toshiba shareholders to block the spin-off of the technology devices business. The timeline was too drawn out. The new companies would have lacked critical mass.

Without an external catalyst, change looks unlikely. Even the influence of Effissimo, with its 10 per cent stake, is limited. An independent investigation panel revealed that Toshiba executives had colluded with government officials to prevent foreign activist shareholders from influencing the board last June.

That Bain buyout would be a logical step. Bain has a good chance of engineering the drastic restructuring Toshiba has long needed. Longer term, Toshiba taking itself private in a buyout led by domestic investors is a better option. Local media reports say the group is considering this.

The group reported sales of more than ¥3tn ($25bn) in the year to last March. Yet its shares trade at just 0.7 times forward sales. Just one of its six main businesses, the infrastructure systems unit, along with its 40 per cent stake in chipmaker Kioxia, make up most of its current market value.

While a buyout from either camp would help shareholders, Bain is better placed to restore the business to health. The only way is up now.