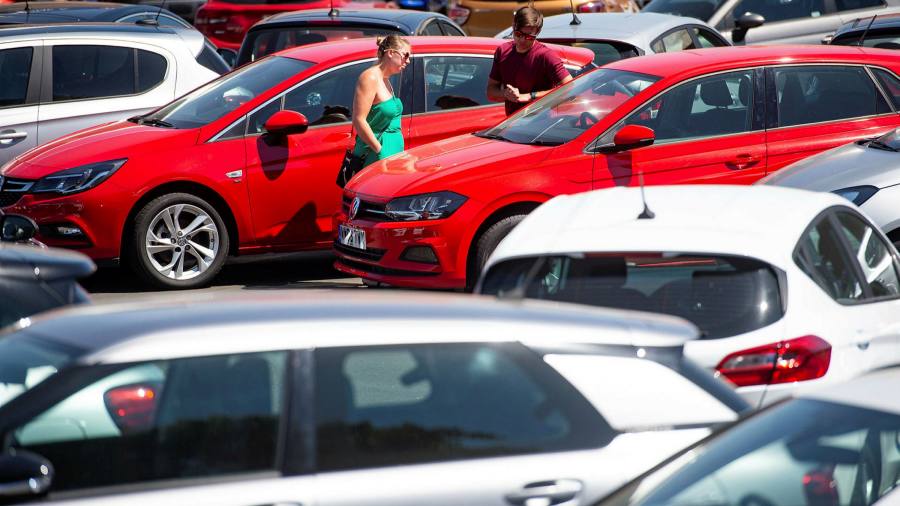 New car sales in the UK fell to their lowest level in two decades last month as the global shortage of semiconductors hampered factory output.

March registrations fell to 243,479, which was 14 per cent down on a year earlier and their lowest level since 1998, according to the Society of Motor Manufacturers and Traders (SMMT). The month normally accounts for one in five vehicles sold in Britain.

The trade group branded the sales “massively disappointing” for the industry, which has been hit by supply chain woes since the pandemic began, including the global shortage of chips and more recent problems in sourcing some parts from Ukraine.

Chip shortages have forced carmakers around the world to cut production output and left consumers waiting up to a year for new models.

The global semiconductor glut, which is not expected to ease until next year, has also warped the second-hand market, driving used car prices above new models for the first time in memory.

Auto Trader, which runs the UK’s largest online marketplace, estimates that one in five used cars that are under a year old are being sold for more than their new counterparts.

March is typically the UK’s busiest month of the year for car sales because new registration plates come into force.

There are warnings that demand, which has remained strong coming out of pandemic lockdowns, will waver as cost of living increases bite.

Richard Peberdy, head of automotive at KPMG UK, said the “rising cost of living poses significant questions about whether consumers will delay, or even curtail, larger investments, such as on a car”.

Despite the overall drop in sales, the popularity of electric cars continued to rise in March with 39,315 battery cars sold. This was 16 per cent of all new model sales and more than during the whole of 2019, the last year before new European CO2 targets forced most manufacturers to embrace the technology for the first time.

Carmakers have said they are focused on diverting the chips they can secure into electric models in order to meet the new CO2 emission rules in Europe as well as the UK and China.

“At the current rate, sales of new EVs will overtake both traditional petrol and diesel sales by 2025,” said Ian Plummer, commercial director at Auto Trader.

“If anything, the demand for EVs is now even stronger as prices at the pumps rise on the back of the Ukraine crisis,” he added.