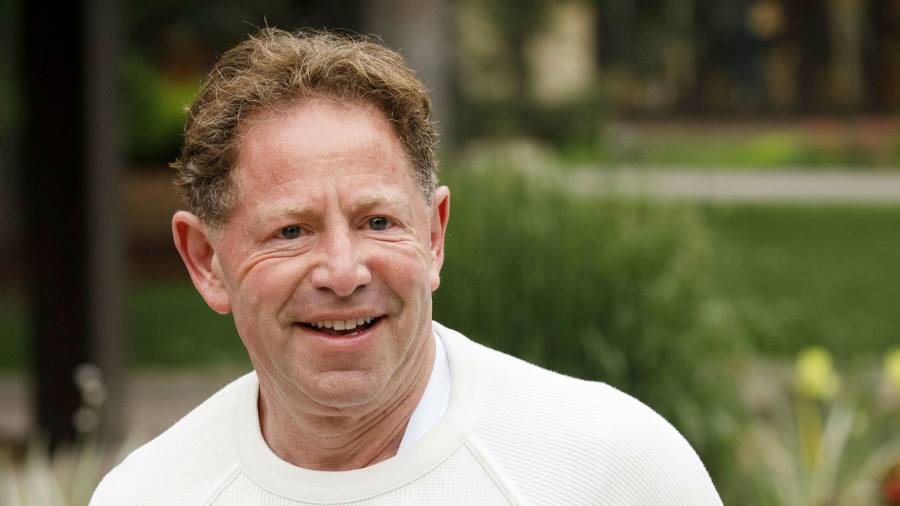 US officials are probing a meeting between the chief executive of Activision Blizzard and a person who days later traded on behalf of media tycoon Barry Diller and music mogul David Geffen, as authorities examine whether there were any insider dealings in the gaming company, according to people familiar with the matter.

The inquiry is focusing on a brunch that Alexander von Furstenberg — the son of Diller’s wife, fashion designer Diane von Furstenberg — had with Activision’s CEO Bobby Kotick days before buying options in the group that later agreed to be acquired by Microsoft in a blockbuster $75bn deal.

Officials at the US Department of Justice and Securities and Exchange Commission are trying to determine whether von Furstenberg used non-public information about Microsoft’s takeover plan that would subsequently benefit him personally, as well as Diller and Geffen.

The three people bought Activision options for $40 per share on January 14 in a transaction executed by JPMorgan. Four days later, Microsoft said it would acquire Activision in an all-cash deal valuing the Call of Duty and World of Warcraft maker at $95 a share. The people had bought about $108mn worth of Activision options, which earned them about $60mn in paper gains.

“Mr Kotick had a social brunch with his friends at a popular restaurant. He, of course, didn’t share any information with them regarding a possible transaction with Microsoft,” a Kotick representative said in a statement.

Diller said the trades were “a simple coincidence” and clarified that the original suggestion to invest in Activision did not come from von Furstenberg. Activision’s shares had fallen almost 30 per cent since mid-2021 after a lawsuit that had alleged sexual harassment and gender pay issues at the company.

“David Geffen told me he felt Activision was undervalued and that it would either be taken private or bought out. I told Alexander von Furstenberg, who is our chief investment officer [at Arrow Capital], to discuss it with Mr Geffen. They decided that morning to buy the stock. One business day later the Microsoft purchase was announced,” Diller said in a statement.

“We had zero knowledge of that transaction and it belies credulity to think that if we did we would have proceeded,” he said, adding: “All the information and records we are giving to the investigators will support that.”

The SEC declined to comment. The DoJ and a representative for von Furstenberg did not immediately respond to requests for comment. The probe into the meeting was first reported by the Wall Street Journal.

JPMorgan Chase reported the trades to US authorities after the deal was announced, said a person briefed on the matter. Microsoft’s acquisition of Activision is the biggest corporate takeover agreed this year. It is still awaiting approval from regulators.

Diller, who heads IAC, a holding company that has backed numerous media and internet companies including Tinder and Expedia, is a friend of Kotick. Von Furstenberg, who is also close to Kotick, regularly trades on behalf of Diller through a family office vehicle.

Geffen is one of the world’s most successful music producers, working with artists such as Jackson Browne, Bob Dylan and Guns N’ Roses. He is a serial investor who has made billions betting on companies such as Apple.