Vinyl, the music format that came back from the dead 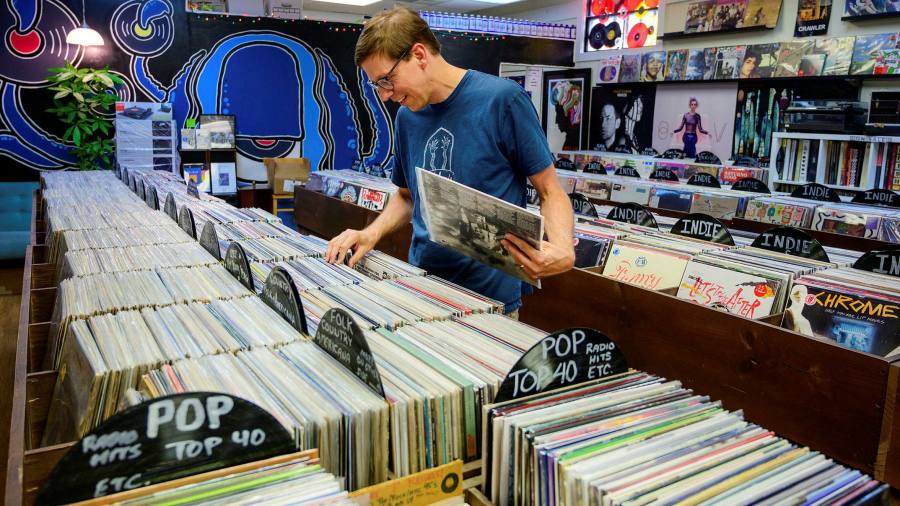 The writer is author of ‘Tarzan Economics’. Fred Goldring, an entrepreneur and veteran music lawyer, co-authored this article.

It is almost 20 years since the late David Bowie looked to a future of streaming and prophesied that “music itself is going to become like running water or electricity”. There is an irony, therefore, in the fact that last year Bowie sold more vinyl records in the UK than any other artist — for the second year running.

Vinyl sales were worth over $1bn to record companies in 2021 — its highest level in 30 years. And there is a lucrative second hand market, too. Log on to Discogs and you’ll find a vinyl-trading community of tens of millions of buyers and sellers with over 64mn vinyl releases on its virtual shelf.

So why, when we’re already coughing up $10 a month to access 78.4mn songs on streaming services, are increasing numbers of us willing to fork out a further $25 per album to own just a handful of them? What is the allure of vinyl albums and why the resurgence?

There’s a warmth to the sound of vinyl, which emanates from dropping a needle on to a piece of grooved plastic, that is missing with digital music. Then there is the desire to associate oneself with something tactile, creating a signal of one’s identity and forging a more direct connection to the artist. Album buyers make a conscious emotional and financial commitment to artists’ works which is very different from just adding songs to a digital playlist.

All this black plastic is fantastic for record label coffers, but it also has big advantages for the new wave of investors paying record-setting multiples for music copyrights. Their rush to acquire music catalogues has been driven by the growth of music streaming, a format that monetises only consumption. The resurgence of vinyl takes us back to a format in which only the upfront transaction is monetised. How many times a consumer listens to an album after buying it is unknown and uncompensated.

A songwriter could pen seven “filler” songs on a ten-track hit album yet see no streaming money. Yet on a physical sale, that same songwriter walks away with 70 per cent of all the money.

Streaming, by contrast, is all killer, no filler. A quick glance at some high-profile catalogue sales shows how hit-heavy these portfolios are. Artists like Bob Dylan, Bruce Springsteen, David Bowie and Neil Young have hundreds (if not thousands) of songs on the digital shelf, yet their top 10 tracks will comprise between half and two-thirds of all their streaming income. Buying an entire catalogue in an age of streaming means foregoing a more targeted and lucrative approach of acquiring just a handful of killer tracks.

But vinyl turns this investment calculus on its head. The portfolio value swings away from the skew towards the killer to include the filler as well. For artists, too, this has huge ramifications. A band with 1mn fans, each streaming their new album 100 times in a single month, need only get 20,000 of them to buy the vinyl record to gross the same amount. For consumers, vinyl albums resuscitate a culture of gifting and compilations that used to drive a fifth of all transactions. Gifting, particularly during the holiday period, got lost in the streaming age — as did lucrative compilation and soundtrack albums, which were mostly tracks licensed from third parties.

All this puts wind in the sails of vinyl’s resurgence. For some large labels it already accounts for over 25 per cent of all income, while pressing plants are running at full capacity with big backlogs. We are watching the pendulum swing back to a format that streaming was supposed to have killed off. Just like a vinyl record album, what goes around comes around.